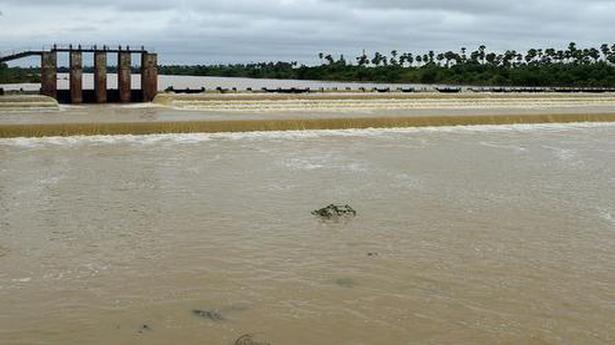 The Water Resources Department (WRD) will soon begin improvement works at Tamaraipakkam dam, one of the oldest across Kosasthalaiyar river. Built in 1868, this structure plays a crucial role in storing and diverting surplus water for Chennai’s drinking water supply.

Portions of the dam were damaged during the 2015 floods, said officials.

The WRD will soon call for bids to take up repair work at a cost of ₹4 crore.

Officials said it was from this dam that surplus water from the Poondi reservoir is diverted to Cholavaram reservoir through a 13-km upper supply channel and further to the Red Hills reservoir.

During the torrential rains in 2015, the apron of the structure, which helps in controlling the floodwater flow and dissipates the energy of flow effectively, was damaged. The department plans to repair the apron with concrete blocks and also the shutters.

Similarly, the four sand vents that help in releasing the silt accumulated at the dam would be repaired. The river banks near the dam have been damaged over the past several years.

The work would be taken up in August with financial assistance from NABARD (National Bank for Agriculture and Rural Development).

“Repairing these structures are important to prevent the anicut from further damage. It is a three-month project. We plan to complete major portions of repair before the onset of the northeast monsoon in October,” said an official.