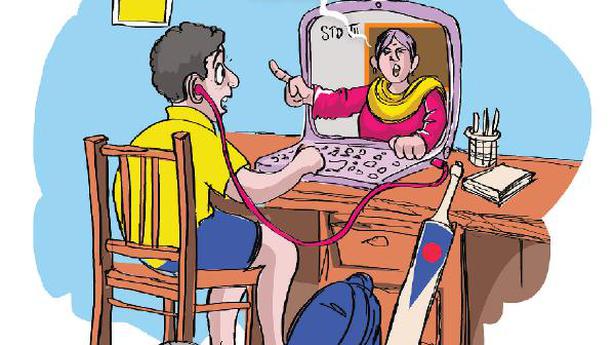 With online classes in private schools back on track, teachers have come up with a novel but simple way to deal with students who disrupt sessions, by ‘removing’ them from the class. It’s the virtual equivalent of asking a student to stand outside the classroom, but it requires at least two teachers.

While one teacher conducts the session, another shadow teacher also logs in to the class to monitor students and ensure that they don’t misbehave. “We first give them one warning. If they disturb the class more than three times, we remove them from our virtual classroom,” said a teacher of a CBSE school.

What is considered as disruptive behaviour is left to the discretion of the teacher. While some teachers remove students if they un-mute themselves and make noise or play music in the background, others insist that students sit upright in front of the camera.

Sumanth Narayan, founder of Shanthinikethana School, said that they found some students putting up their profile picture but switching off their video. “We call such students, warn them and instruct them to log back in with their video,” he said.

Mansoor Ali Khan, member, board of management, DPS Group of Schools, said that schools are trying to inculcate ‘online classes etiquette’ among children. He’s observed that students often un-mute themselves and start talking. “Children are very inquisitive and indulge in this. But in the last month, they were slowly settling down. In some cases, we send emails to their parents if they do not listen even after repeated warnings,” said Mr. Khan.

Some schools are trying to inculcate online discipline through positive reinforcement.

Dakshayani Kanna, principal of Harvest International School, said that students and teachers have decided on an essential “agreement” which includes muting themselves and raising their hand if they want to speak. “We award points for their behaviour in online classes, which get added to their houses. As a result, they are very conscious of their behaviour,” she said.