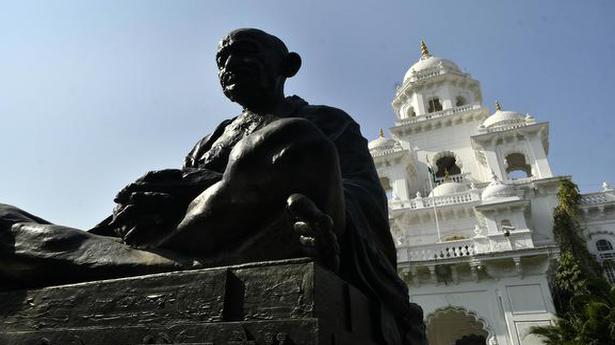 The Telangana government has convened a special session of both Houses of legislature on October 13 and 14 to take up amendments to Greater Hyderabad Municipal Corporation Act and some other legislations suggested by the High Court.

The Assembly will take up the relevant Bills on October 13 and the same will be passed by the Council the following day, a release of Chief Minister’s office said.

On October 10, the State Cabinet will meet to approve the legislations. The meeting will also discuss regulated farming to be introduced in rabi and procurement policy for foodgrains produced in kharif.

Prior to the Cabinet meeting, the Chief Minister will review with agriculture and civil supplies officials steps to be taken for regulated farming in rabi and procurement of crop yields in kharif in villages instead of marketyards.

The release added that the consultations with agriculture and civil supplies officials will focus on crops that should be recommended to farmers and those discouraged. The meeting will discuss profits and losses for farmers from a range of crops.

A specific issue that will come up will be huge quantities of maize imported by Centre which will impact the local market of the country. So, the government will take a view on maize cultivation.

In view of the continued threat to life from COVID-19, the meeting will discuss continuation of procurement centres for agricultural produce in villages for rabi also. The centres were set up in villages in kharif to avoid exposing farmers to coronavirus due to movement of produce to market yards

Mr. Rao wanted setting up of 6,000 procurement centres in villages. The government should make all arrangements for smooth purchases and remit money to farmers at the