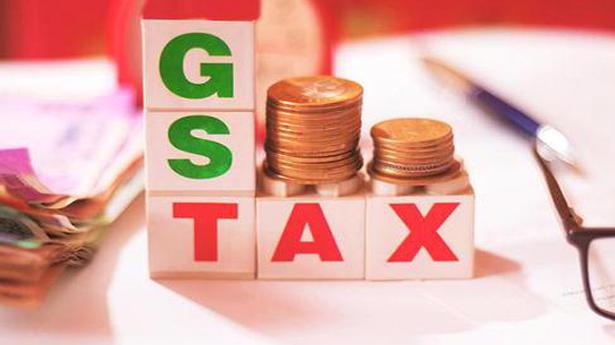 Time taken in reconciliation of compensation receipts can’t be termed as diversion of GST cess fund when the dues to states were fully released by the Central government, sources said.

Days after the Comptroller and Auditor General (CAG) flagged that the Centre in first two years of the GST implementation wrongly retained GST compensation cess that was meant to be used specifically to compensate states for loss of revenue, ministry sources said compensation due for the year 2017-18 and 2018-19 was fully paid to states.

Time taken in reconciliation of compensation receipts can’t be termed as diversion of GST cess fund when the dues to states were fully released by the Central government, they said.

Sources said that in 2017-18, ₹62,611 crore was collected, out of which the government released full compensation dues of ₹41,146 crore to the States and Union Territories (U.T.s).

They said an amount of ₹47,271 crore collected in the 2017-18 and 2018-19 had remained unutilised for reconciliation post full payment of GST compensation dues.

Also Read | Govt. did not try out GST system before rollout: CAG

The GST (Compensation to States) Act guarantees all states an annual growth rate of 14 per cent in their GST revenue in the first five years of implementation of GST beginning July 2017. It was introduced as a relief for states for the loss of revenues arising from the implementation of GST.

If a state’s revenue grows slower than 14%, it is supposed to be compensated by the Centre using the funds specifically collected as compensation cess. To provide these grants, a GST compensation cess is levied on certain luxury and sin goods.

The collected compensation cess flows into the consolidated fund of India (CFI), and is then transferred to the Public Account of India, where a GST compensation cess account has been created. States are compensated bi-monthly from the accumulated funds in this account.

However, instead of transferring the entire GST cess amount to the GST compensation fund during 2017-18 and 2018-19, the CAG found that the Centre retained these funds in the CFI and used it for other purposes.

The finance ministry sources said the compensation receipt in the CFI was subject to reconciliation in the coming months, as usual, in the forthcoming financial year.

If for that reason the amount remained in the CFI, how can that be treated as diversion, they asked adding even the CAG in its report has not said so.

The amount collected under compensation cess fund has been regularly and fully distributed to states as per their dues and budgetary provisions and by the end of July 2020, everything has been accounted for and released, source added.

The CAG in its report tabled in Parliament earlier this week said out of the ₹62,612 crore GST Compensation Cess collected in 2017-18, ₹56,146 crore was transferred to the non-lapsable fund.

The short transfer in 2017-18 was ₹6,466 crore and in 2018-19 it was ₹40,806 crore, the CAG said adding the Centre used this money for “other purposes” which “led to an overstatement of revenue receipts and understatement of fiscal deficit for the year“.

Sources explained that all amounts including taxes and cess that are collected by the Centre should, under the Article 266 of the Constitution, get credited first to the CFI and then only it could be transferred to any other fund through a budget head in Union Budget.

The government makes all efforts to transfer all amounts collected by the end of every financial year into the fund by making necessary budget provisions, they said.

In case of compensation cess, since the final accounts of amounts collected are known only after the end of financial year, any amount collected over and above the estimate will remain in the CFI temporarily, they said adding after reconciliation, the amount is transferred to Compensation Fund and from that fund to states as per their compensation formula.

Therefore, such temporary retention of GST cess in CFI pending reconciliation cannot be treated as diversion by any stretch of imagination, sources said.

Since the cess collected by the Government has been used for full payment of due compensation, then it cannot be alleged that unutilized cess amount has been diverted for other purposes, they insisted.