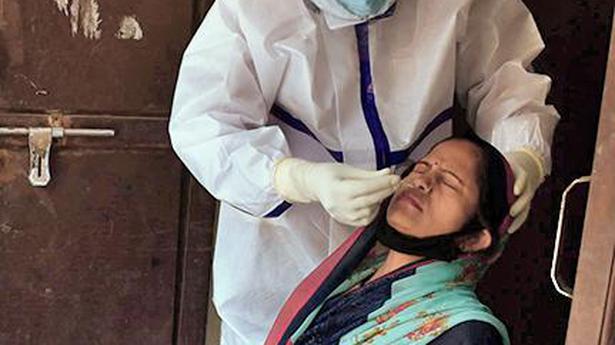 After a modified ‘Revised Delhi COVID Response Plan’ was released on Wednesday, some of the districts have decided on dates for holding camps for testing special surveillance groups (SSGs) including domestic workers, drivers, daily wage workers and electricians for COVID-19 in areas where they work or stay, officials said.

Thousands of people will be tested using rapid antigen test for COVID-19 in camps held near markets, taxi and rickshaw stands among other places. The results will be provided in 30 minutes.

“The idea is that people falling in this group such as sabziwala will interact with a larger number of people on a daily basis and if he is positive then he has the potential to infect a large number of people. We are trying to stop it,” a Delhi government official told The Hindu.

Also, mass disinfection exercises will be carried out on a regular basis at all areas where people fall under the SSG conglomerate. While some of the 11 districts have decided on the areas and dates for holding the testing camps, other districts are in the planning phase.

The south west district has prepared a schedule of 41 such camps, which begins on Friday, in different areas in the district. The tests will be completed in 10 days. “We have already identified markets, taxi stands, areas were people who fall into the SSG lives and camps will be held,” Rahul Singh, District Magistrate (South West) said.

Officials of central district said that they were in the process of deciding dates.

Moreover, the new plan has identified isolated cases as a “matter of concern” and the official said that door to door survey will be carried out in thousands of houses in areas where isolated cases have been regularly reported for 28 days. “About 20% of the total COVID-19 cases are currently being reported from such areas,” the official added.

Explaining about actions on areas where isolated cases are being reported, Mr. Singh said, “We are getting 30-40% of cases in our district from three areas: Raj Nagar, Dabri, and Sadh Nagar. A larger containment zone will be created and we will deploy 100 teams for active surveillance.”

An official of the south district said that they too were in the process of coming up with a schedule of the testing camps. “The door to door survey in areas where isolated cases are being reported will take time. It will be a huge process,” the official said.