Home News World Thai government has ‘back against the wall’ 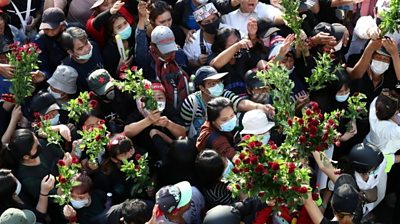 Thousands of anti-government protesters took to the streets as the country’s King arrived back from abroad.

The BBC’s Jonathan Head says the Thai govt has its back against the wall.