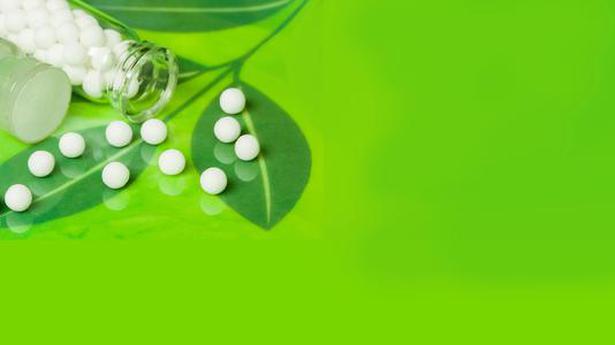 There seems to be a huge demand for Kabasura Kudineer, a herbal concoction used by siddha practitioners, that is said to boost immunity. There also seems to be an equally huge demand for some homoeopathic medicines for the same reason. Because of this demand, there are problems to be encountered by residents of some neighbourhoods in sourcing it.

Senior citizens in Mogappair and adjoining areas say that pharmacies that sell homoeopathic medicines are available only at Thirumangalam.

A few days ago, when 70-year-old Palaniappan, a long-time resident of Officers’ Colony in Mogappair, went to Tirumangalam, to buy a few general homoeopathic medicines, he was stopped by patrol police at the checkpoint below the flyover. He was allowed to go after a warning against travelling on his two-wheeler.

Most homoeopathic outlets do not offer home delivery for small consignments, so residents have to venture out on their own.

“Senior citizens like us venture out mainly to buy medicines,” said V. Rajagopal, who is in his 70s and also president of Anna Nagar Western Extension Phase – II Residents Welfare Association.

Many senior residents say that not all medicines are available in the pharmacies within the neighbourhood. Some of the medicines, especially Ayurveda, Siddha and Homoeopathic medicines are sold in select outlets in Anna Nagar where Government Homoeopathic Hospital is located near Anna Arch.

A surge in demand

He says there is a demand for Arsenicum album 30 after the AYUSH ministry recommended that homoeopathic medicine could be taken empty stomach daily for three days as a prophylactic medicine against the infection.

Later, the Tamil Nadu government passed a GO, says Jo, adding that the Association has distributed close to three lakh medicines to people in different localities.

Govt proposes allowing cos with not less than 300 workers to...