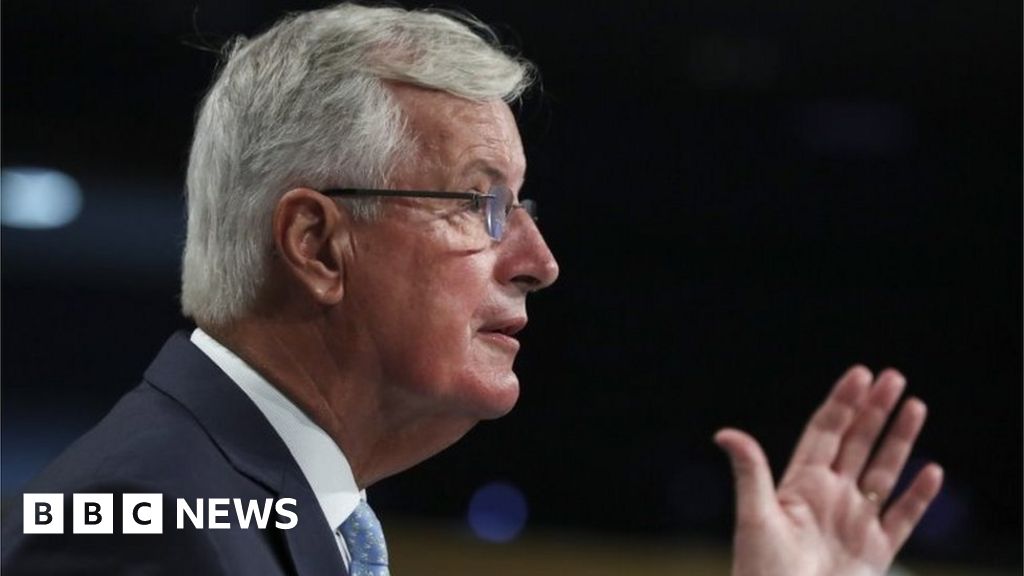 In a city where masks are now compulsory in public places, it can sometimes be hard to understand exactly what someone’s saying to you. Or to work out exactly what they mean. If you can’t read their lips, how can you begin to read their mind?

Despite rising cases of Covid-19 seeing Belgium being added to the UK’s quarantine list, the teams who are striving to bridge considerable differences and deliver a trade deal between the EU and the UK were still able to meet face-to-face this week – albeit from a safe distance.

Unlike those on the squares and boulevards outside, the negotiators wore no masks, but it seems this advantage did little to reveal any new understanding of where the other side was coming from.

I’m told the latest round of discussions were courteous and friendly – with a warmth between the two chief negotiators facing each other – even when each was delivering an uncomfortable message.

As ever, the EU and UK are hardly seeing eye-to-eye though.

Michel Barnier cut a despondent figure (“disappointed, concerned and surprised” to use his words) at his conference once he’d finished his working breakfast.

What he evidently found harder to digest was what he said was the British side’s ongoing disregard for the terms of the political declaration both sides agreed last year.

It’s been a while since the refrain beloved of Theresa May has been invoked, but Mr Barnier wanted to tell us that he understood “Brexit means Brexit”.

What he couldn’t fathom though was the UK’s insistence on cherry-picking access to the single market without wanting to play by EU rules.

He cited the British demand for wide-ranging access for UK lorries travelling across Europe but the refusal to agree to EU rules on, for example, drivers’ rest times.

David Frost, the man who reports directly to the prime minister, issued his own public reaction to the latest talks through a press statement, rather than press conference.

His frustration was fuelled by what he sees as the EU’s insistence that the UK accept current EU rules on state aid and fisheries, before any wider deal can be committed to paper.

These areas remain the two defining stumbling blocks in the negotiations.

The way coronavirus has battered European economies has given a new perspective on how governments may want to support struggling business, especially for the Johnson government which says it’s committed to a “levelling-up” agenda to boost poorer parts of the UK.

But it’s the so-called ‘level playing field’ for industries across member states that the is EU worried about – the fear that British firms get an unfair advantage.

The British side believes this itself is unfair and says it has a commendable record on abiding by EU rules, certainly in comparison to some of its neighbours, including France and Germany.

There’s also no sign of agreement on the access EU vessels will have to British waters. As we know, fishing is an industry which forms a relatively small part of the economy but has a much larger symbolic and cultural significance.

Despite their public declarations of frustration, both sides still say a deal can be reached but it must happen by October to allow time for ratification by the European Parliament.

Downing Street has ruled out an extension to this year’s transition period. So, if no deal is done, the UK would trade with the EU on World Trade Organization terms for the first time in decades.

Next month, the talks return to London. The negotiating teams arriving in the UK from Belgium or France will not have to quarantine for two weeks, unlike the rest of us.

The whole Brexit drama for the past four years has been characterised by extra scenes that weren’t in the script.

It seems both sides are locked into another last-minute power-play. In what is the theatre, the negotiation, the art of the deal, the EU and UK are holding out for the best possible arrangement in the new socially-distanced, face-covering world that Covid-19 has created.

Each denounces the other side as unreasonable, unfair and uncompromising. A tough tactic which increases the chances of another cliff-edge of sorts. As time runs out, and the coronavirus crisis continues, will they keep up the act or will the mask slip?