Home Business Economy The Hindu Explains | What is Gross Value Added, and how is... 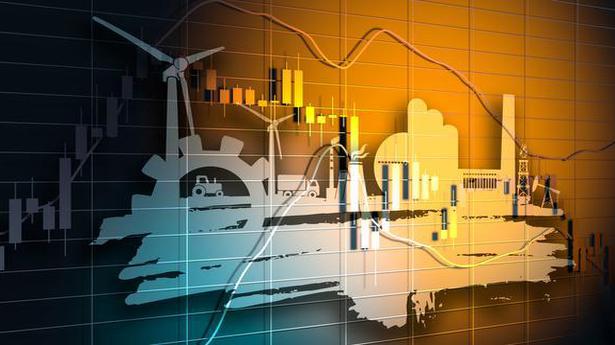 The story so far: The National Statistical Office (NSO), on May 29, released its provisional estimates of national income for the financial year 2019-20. As per the NSO, real GDP (Gross Domestic Product) in the full fiscal year was estimated to have expanded by 4.2% from a year earlier, the slowest pace of growth in 11 years. And GDP growth for the January-March quarter was pegged at 3.1%. The release also detailed the estimates of the Gross Value Added, or GVA, at basic prices for the four quarters of 2019 as well as the comparable quarterly data for the two preceding years. Interestingly, the GVA numbers for the first three quarters revealed significant revisions from what the NSO had shared back in February, when it had announced estimates for the third quarter. While initial estimates are routinely revised based on the updated availability of information, the extent of these revisions has come into focus since they point to a sharper and more widespread slowdown in economic activity over the course of the last financial year than had been previously revealed.

What is Gross Value Added (GVA)?

In 2015, in the wake of a comprehensive review of its approach to GDP measurement, India opted to make major changes to its compilation of national accounts and bring the whole process into conformity with the United Nations System of National Accounts (SNA) of 2008. As per the SNA, gross value added, is defined as the value of output minus the value of intermediate consumption and is a measure of the contribution to GDP made by an individual producer, industry or sector. At its simplest it gives the rupee value of goods and services produced in the economy after deducting the cost of inputs and raw materials used. GVA can be described as the main entry on the income side of the nation’s accounting balance sheet, and from an economics perspective represents the supply side. While India had been measuring GVA earlier, it had done so using ‘factor cost’ and GDP at ‘factor cost’ was the main parameter for measuring the country’s overall economic output till the new methodology was adopted. In the new series, in which the base year was shifted to 2011-12 from the earlier 2004-05, GVA at basic prices became the primary measure of output across the economy’s various sectors and when added to net taxes on products amounts to the GDP.

As part of the data on GVA, the NSO provides both quarterly and annual estimates of output — measured by the gross value added — by economic activity. The sectoral classification provides data on eight broad categories that span the gamut of goods produced and services provided in the economy. These are: 1) Agriculture, Forestry and Fishing; 2) Mining and Quarrying; 3) Manufacturing; 4) Electricity, Gas, Water Supply and other Utility Services; 5) Construction; 6) Trade, Hotels, Transport, Communication and Services related to Broadcasting; 7) Financial, Real Estate and Professional Services; 8) Public Administration, Defence and other Services.

Why are the latest GVA numbers attracting attention?

In February, the NSO announced estimates of national income and expenditure for the fiscal third quarter along with its second advance estimates of GDP for 2019-20. Those estimates had pegged year-on-year GVA growth rates in the first three quarters at 5.4%, 4.8% and 4.5%, respectively. The February estimates also suggested that manufacturing, construction, electricity and utility services and the trade, hotels and transport (another services category) sectors apart, the other four sectors were faring at about the same level or better than the comparable year earlier periods. However, last month’s estimates saw significant downward revisions in the GVA data pertaining to the first three quarters for five of the eight sectors, dragging down the Q1, Q2 and Q3 GVA growth rates to 4.8%, 4.3% and 3.5%. The revisions, combined with a lacklustre performance in the fourth quarter, including a sharp weakening in momentum at two of the largest services sectors ultimately lowered the overall annual GVA growth estimate for 2019-20 by as much as 1 percentage point to 3.9%, from the 4.9% forecast in February.

A closer look at some of the sectoral revisions point to a deeper weakness in the service sectors than had been previously factored in. Take Trade, Hotels, Transport, Communications and Services related to Broadcasting. As a sector it contributes almost 20% to GVA and is the largest GVA component after the other major services category, Financial, Real Estate and Professional Services. While in February Q1, Q2 and Q3 growth for the sector was estimated at 5.7%, 5.8% and 5.9%, respectively, in the latest estimates they have been cut to 3.5%, 4.1% and 4.3%, respectively.

Editorial | Bottom or mirage?: On NSO estimates of GDP growth

Similarly, the growth estimates for the largest services sector, which contributes almost one-fourth of the overall GVA, too have been reduced sharply. Q1, Q2 and Q3 growth has been cut from 6.9%, 7.1% and 7.3%, respectively to 6%, 6% and 3.3%, respectively.

The revisions, however, show two other key sectors in a more positive light. Agriculture’s growth for the first three quarters has been marginally increased while Public Administration too as a category has had its numbers boosted for the second and third quarters. The latter sector’s Q1, Q2 and Q3 growth have been revised from 8.7%, 10.1% and 9.7%, respectively, to 7.7%, 10.9% and 10.9%.

How relevant is the GVA data given that headline growth always refers to GDP?

The GVA data is crucial to understand how the various sectors of the real economy are performing. The output or domestic product is essentially a measure of GVA combined with net taxes. While GDP can be and is also computed as the sum total of the various expenditures incurred in the economy including private consumption spending, government consumption spending and gross fixed capital formation or investment spending, these reflect essentially on the demand conditions in the economy. From a policymaker’s perspective it is therefore vital to have the GVA data to be able to make policy interventions, where needed. Also, from a global data standards and uniformity perspective, GVA is an integral and necessary parameter in measuring a nation’s economic performance, and any country which seeks to attract capital and investment from overseas does need to conform to the global best practices in national income accounting.

What are the drawbacks in using GVA to measure economic growth?

As with all economic statistics, the accuracy of GVA as a measure of overall national output is heavily dependent on the sourcing of data and the fidelity of the various data sources in capturing the vast labyrinth of activities that constitute a nation’s economic life. To that extent, GVA is as susceptible to vulnerabilities from the use of inappropriate or flawed methodologies as any other measure. In a June 2019 research paper titled ‘India’s GDP Mis-estimation: Likelihood, Magnitudes, Mechanisms, and Implications,’ former Chief Economic Adviser Arvind Subramanian of Harvard University and the Peterson Institute for International Economics posited that the change in methodology and data sources when India switched its base year to 2011-12 had led to a significant overestimation of growth. Specifically, he argued that the value based approach instead of the earlier volume based tack in GVA estimation had affected the measurement of the formal manufacturing sector and thus distorted the outcome. The paper triggered much debate and prompted the Ministry of Statistics & Programme Implementation to assert in a response that the Ministry’s GDP estimates were based on “accepted procedures, methodologies and available data and objectively measure the contribution of various sectors in the economy”.

500 families hit hard by lockdown as Chappal makers in Thakkar...