Home News National The Hindu Explains | What is plea bargaining and how does it... 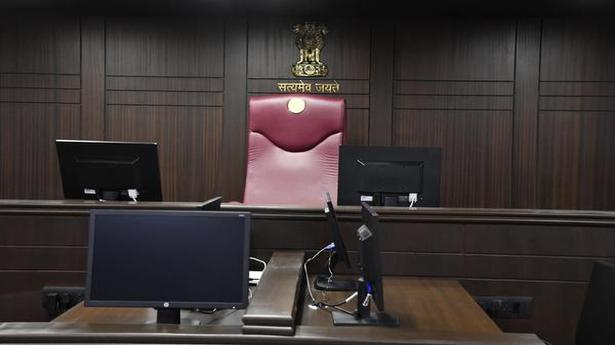 The story so far: Many members of the Tablighi Jamaat belonging to different countries have obtained release from court cases in recent days by means of plea bargaining. Accused of violating visa conditions by attending a religious congregation in Delhi, these foreign nationals have walked free after pleading guilty to minor offences and paying the fines imposed by the court. These cases have brought the focus on plea bargaining as a practice by which time consuming trials can be avoided. Even though plea bargaining is available to those accused of criminal offences in India for over a decade, it is not yet common.

When was it introduced in India?

Plea bargaining refers to a person charged with a criminal offence negotiating with the prosecution for a lesser punishment than what is provided in law by pleading guilty to a less serious offence. It is common in the United States, and has been a successful method of avoiding protracted and complicated trials. As a result, conviction rates are significantly high there. It primarily involves pre-trial negotiations between the accused and the prosecutor. It may involve bargaining on the charge or in the quantum of sentence.

In India, the concept was not part of law until 2006. There has always been a provision in the Code of Criminal Procedure for an accused to plead ‘guilty’ instead of claiming the right to a full trial, but it is not the same as plea bargaining.

The Law Commission of India, in its 142nd Report, mooted the idea of “concessional treatment” of those who plead guilty on their own volition, but was careful to underscore that it would not involve any plea bargaining or “haggling” with the prosecution.

Plea bargaining was introduced in 2006 as part of a set of amendments to the CrPC as Chapter XXI-A, containing Sections 265A to 265L.

In what circumstances is it allowed? How does it work?

Unlike in the U.S. and other countries, where the prosecutor plays a key role in bargaining with the suspected offender, the Indian code makes plea bargaining a process that can be initiated only by the accused; further, the accused will have to apply to the court for invoking the benefit of bargaining.

Cases for which the practice is allowed are limited. Only someone who has been charge sheeted for an offence that does not attract the death sentence, life sentence or a prison term above seven years can make use of the scheme under Chapter XXI-A. It is also applicable to private complaints of which a criminal court has taken cognisance. Other categories of cases that cannot be disposed of through plea bargaining are those that involve offences affecting the “socio-economic conditions” of the country, or committed against a woman or a child below the age of 14.

The applicant should approach the court with a petition and affidavit stating that it is a voluntary preference and that he has understood the nature and extent of punishment provided in law for the offence. The court would then issue notice to the prosecutor and the complainant or victim, if any, for a hearing. The voluntary nature of the application must be ascertained by the judge in an in-camera hearing at which the other side should not be present. Thereafter, the court may permit the prosecutor, the investigating officer and the victim to hold a meeting for a “satisfactory disposition of the case”. The outcome may involve payment of compensation and other expenses to the victim by the accused.

Once mutual satisfaction is reached, the court shall formalise the arrangement by way of a report signed by all the parties and the presiding officer. The accused may be sentenced to a prison term that is half the minimum period fixed for the offence. If there is no minimum term prescribed, the sentence should run up to one-fourth of the maximum sentence stipulated in law.

What is the rationale for the scheme? What are its benefits?

The Justice Malimath Committee on reforms of the criminal justice system endorsed the various recommendations of the Law Commission with regard to plea bargaining. Some of the advantages it culled out from earlier reports are that the practice would ensure speedy trial, end uncertainty over the outcome of criminal cases, save litigation costs and relieve the parties of anxiety. It would also have a dramatic impact on conviction rates. Prolonged incarceration of undertrials without any progress in the case for years and overcrowding of prisons were also other factors that may be cited in support of reducing pendency of cases and decongesting prisons through plea bargaining. Moreover, it may help offenders make a fresh start in life.

Do courts have reservations?

Case law after the introduction of plea bargaining has not developed much as the provision is possibly not used adequately. However, earlier judgments of various courts in cases in which the accused enter a ‘guilty’ plea with a view to getting lesser sentences indicate that the judiciary may have reservations. Some verdicts disapprove of bargaining with offenders, and point out that lenient sentences could be considered as part of the circumstances of the case after a regular trial. Courts are also very particular about the voluntary nature of the exercise, as poverty, ignorance and prosecution pressure should not lead to someone pleading guilty of offences that may not have been committed.