Home News World The Hindu Explains | Why is India out of the Chabahar rail... 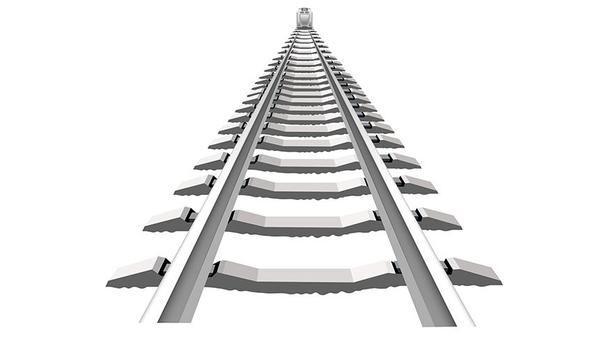 The story so far: The inauguration of a track-laying project from Iran’s Chabahar port to Zahedan on the border with Afghanistan on July 7, has ensured that Chabahar — which literally means “four seasons”, named for its salubrious weather — is once again in the middle of a storm over the fate of India’s investment there. The port project along Iran’s southern coast in the Sistan-Baluchistan province has been a part of discussions between New Delhi and Tehran since their first agreement to develop it, in 2003. State-owned Ircon International Limited (IRCON) was associated with the rail project even as India acted quickly to develop Chabahar port facilities. Over the years, the Chabahar project has grown, and now envisages a port, a free trade zone, the 628-km railway line to Zahedan, and then the little over 1,000-km track to Sarakhs on the border with Turkmenistan.

What ties India to Chabahar?

The Chabahar project is ambitious and will require deep pockets, but New Delhi has always weighed its strategic benefits above the costs. India-Iran relations are historic and New Delhi has sought to maintain these ties in the face of opposition from Iran’s adversaries, namely the United States, Saudi Arabia and Israel. The Chabahar project ties India and Iran together as New Delhi deals with its difficult neighbour to the west, Pakistan. A major trade and connectivity hub on Iran’s coast not only gives India an alternative route to Afghanistan, bypassing Pakistan, but also has the potential to provide an Indian strategic counter to Pakistan’s Gwadar port being developed by China right next door to Chabahar. The Chabahar trade zone could be an important weigh station for India’s energy imports and food and material exports coming from Kandla and Mundra ports. And the rail project will allow India an independent corridor not only to Afghanistan, which Pakistan has denied it, but also to Central Asia and Russia someday.

What happened to the rail project?

While the Chabahar port development has moved forward in the last five years, the railway line languished. After several threats and appeals to India, Iran said it was moving ahead to build the Chabahar-Zahedan line on its own this month, with approximately $400 million from the National Development Fund of Islamic Republic of Iran.

What was the hitch?

Despite the attractions, India’s investment in Chabahar has always been held hostage to international policy shifts on Iran. U.S. policy in particular has swung wildly in the last two decades. It placed heavy sanctions on Iran until nuclear talks between the P-5+1 (the U.S., the U.K., France, China, Russia and Germany) that began in 2006, ended successfully with the signing of the Joint Comprehensive Plan of Action (JCPOA) in 2015. As a result, while India continued to negotiate for Chabahar, it was not until after the sanctions were lifted that talks could make headway. In 2016, the Chabahar agreement, which included the Trilateral Agreement on Establishment of International Transport and Transit Corridor between Afghanistan, Iran and India was signed by Prime Minister Narendra Modi, Iranian President Hassan Rouhani and Afghan President Ashraf Ghani. It also included the port project and the railway line to be built and funded by IRCON for $1.6 billion. In 2018, however, U.S. President Donald Trump overturned the JCPOA, and re-imposed stringent sanctions on Iran. This meant India’s energy imports from Iran, which was its third largest supplier, had to be dropped to zero. Bilateral trade, which depended on a rupee-rial exchange mechanism also stopped. The U.S. gave Chabahar port and rail line a special waiver or “carve-out”, but the sanctions made it very difficult for companies dealing with the U.S. to participate in the project.

Are other projects hit too?

The Ministry of External Affairs (MEA) has disclosed that India’s ONGC Videsh Ltd (OVL) has been cut out of the development of an Iranian gas field project, Farzad B; both sides had been in talks since 2009. The project, which will now go to an Iranian company, had also floundered due to a combination of U.S. sanctions, Iran’s changing conditions and fluctuating prices, as well as India’s delayed responses. On the Chabahar-Zahedan rail project, the MEA said IRCON had completed its feasibility studies by December 2019, three years after the memorandum of understanding was signed, but that it had not heard back from Iran. In the meanwhile, Iranian Railway authorities have begun laying tracks. An Iranian official told The Hindu, “In the absence of an active Indian engagement and partnership, it is currently under construction by Iranian funding and engineering capacities.” Both New Delhi and Tehran have left the door open for IRCON to return to the project at a later date, but for the moment, India is not a part of the railway construction.

What is the China angle?

The announcements on the two projects come even as news filters in of a China-Iran 25-year partnership for $400 billion to build infrastructure and energy resources in Iran, giving the impression that Iran may be relying more and more on Beijing.

Has India lost an opportunity?

India’s stakes in Chabahar remain strong, and no matter who builds the railway line, Indian trade could still find its way to Afghanistan and Central Asia. India’s monetary losses are minimal, as it had not invested money or material on the rail line yet. However, there is the worry of reputational damage from the idea that India gave in to U.S. sanctions, a departure from the past. China’s growing inroads in Iran could make Indian projects there more unviable. The largest worry is that Chabahar, the enduring symbol of India-Iran friendship, could become collateral damage in a larger proxy war between the U.S. and China.