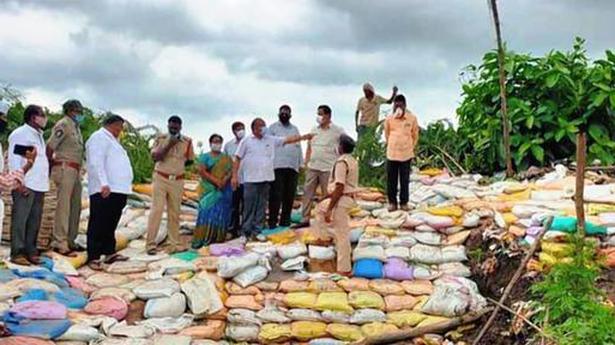 Officials of the Central Water Commission (CWC) issued the third warning as the water level in the Godavari increased to 55.30 feet at Bhadrachalam at 6 p.m. on Friday.

The water level might rise further as heavy rains were forecast, the officials said, and cautioned the people staying near the banks of the river to move to safer places.

Irrigation officials released 15,97,981 lakh cusecs of water downstream of the barrage by afternoon.

Meanwhile, Gangamma of Pallapur village in Polavaram mandal reportedly went missing in the Kondavagula stream. Efforts were on to trace her. About 150 habitations were flooded in the Devipatnam, V.R. Puram, Chinturu, Kunavaram, Yatapaka, Mummidivaram, Elamanchili, Achanta, Velerupadu, Polavaram and Kukunur mandals in East and West Godavari districts of Andhra Pradesh.

Punjab CM dares Akalis to pull out of NDA