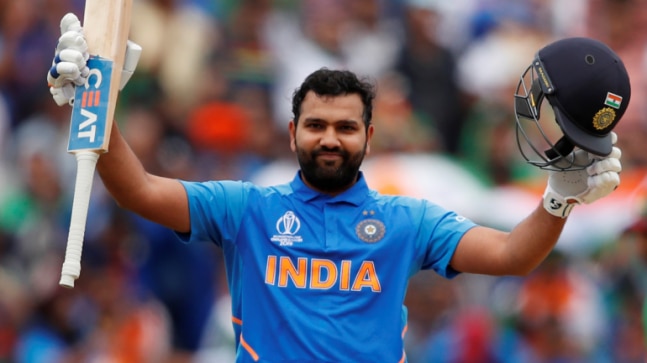 This day, that year: India began their World Cup 2019 campaign in style as they gunned down a below-par total of 230 against South Africa after an unbeaten hundred from Rohit Sharma.

India entered the 2019 World Cup as one of the firm favourites along with hosts England. Virat Kohli’s men had the firepower to have a winning campaign and end a 8-year-long wait for their 3rd title.

India began on a fine note. In Southampton, they sent a warning notice to rival teams by crushing South Africa in their opening match of the 2019 World Cup on June 5.

India had lost to New Zealand in their first warm-up match but they bounced back with a win over Bangladesh. And the opening win against South Africa only boosted their credentials.

The toss did not go Virat Kohli’s way but South Africa were made to regret their decision of opting to bat first at the Rose Bowl in Southampton.

Jasprit Bumrah, who was expected to light up the tournament, got to the job right away as he got the big wickets of Hasim Amla and Quinton de Kock early to leave the Proteas reeling at 28 for 2.

Captain Faf du Plessis, Rassie van der Dussen and David Millar all got starts but the middle-order was not able to come up with a big contribution.

Leg-spinner Yuzvendra Chahal, who had caused South Africa a lot of problems on the 2018 tour, was at it once again as he picked up 4 wickets to restrict South Africa to 227.

Andile Phehlukwayo, Chris Morris and Kagiso Rabada contributed with the bat but it was not enough for South Africa against the mighty Indian batting line-up.

Rohit made 122 off 144 balls even as the likes of Virat Kohli, KL Rahul and MS Dhoni failed to convert their starts into big knocks.

Rohit remained unbeaten as he guided the team past the finish line.

India would go on to top the group stage table with 7 wins from 8 matches but their campaign came to a crashing end in the semi-final against New Zealand. In the rain-affected semi-final that was played over 2 days in Manchester, India failed to chase 240 despite a valiant effort from MS Dhoni and Ravindra Jadeja.

Mann Ki Baat | More modern our solutions for agriculture, the...