Home Cities Chennai This is how Tamil TV serials are being shot in the COVID-19... 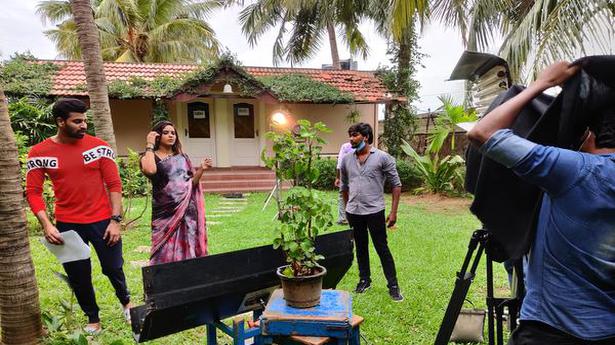 As TV soaps start airing fresh content, we go behind the scenes of Star Vijay’s ‘Bharathi Kannamma’ to observe how different shooting content is in the time of COVID-19


As the camera dolly rolls forward, a woman in a white floral print sari comes into focus. She seems upset; her eyes staring into the unknown, as she folds saris sitting on a flight of stairs that leads into this farmhouse-type residence located off East Coast Road, near Akkarai.

Praveen Bennett’s voice interrupts this melancholic moment. “Roshni, action! You are upset about what was said and you are going over the incident in your head,” he says, before prompting her lines that Roshni dutifully repeats as the camera pans from left to right.

We are at the shooting spot of Bennett’s popular soap on Star Vijay, Bharathi Kannamma — the woman in the floral print sari is Kannamma, played by Roshni Haripriyan.

It is the first day of a nearly fortnight long shooting schedule for the cast and crew of Bharathi Kannamma at this property. “There are about 35 people on set today. We only have the lead actors with us here, others will join in the next few days,” says Praveen.

He explains the logic of shifting the shoot to the outskirts. “There is turmoil happening in Kannamma’s family. We wrote it into the storyline that the family is taking a break and spending some time at a farmhouse to rekindle bonds,” he says, adding, “Besides, it is also a good break for the crew.”

It has been over a month since soaps running in all major TV networks resumed filming. The Government of Tamil Nadu (GoTN), however, only allows less than 60 people on set. 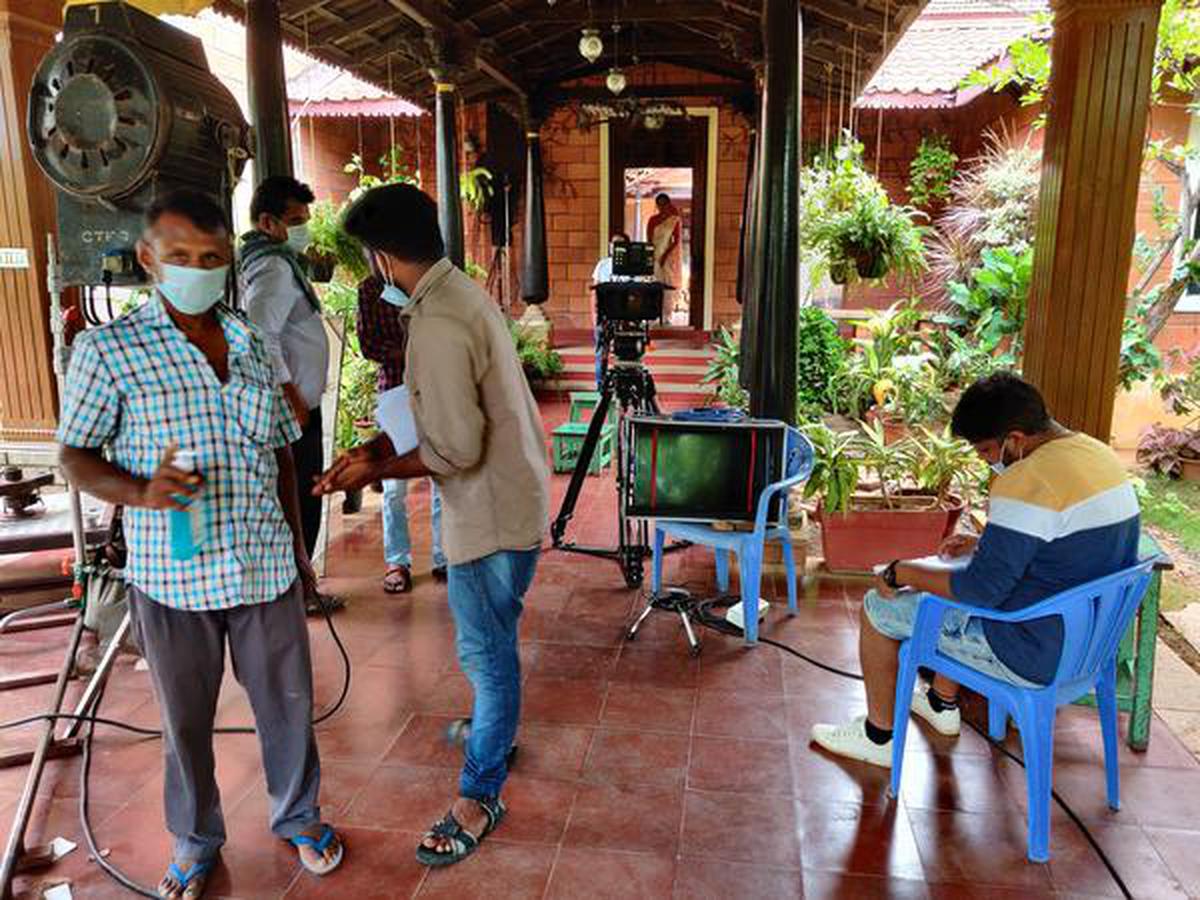 
At the entrance, a security guard lets no one enter unless verified by a crew member. A register to note down body temperatures of everyone on set rests on his desk. Everybody, except actors when they are on camera or applying makeup, is wearing a mask.

While Praveen shoots on one side, one of his assistants takes charge of another scene being shot on the other side of the farmhouse; the latter scene involves two of the lead actors: Akilan SPR and Kanmani Manoharan aka Sweety.

Sometimes, assistants drop masks to their chins when they find it difficult to communicate dialogues or shots to actors. In this instance, a funny dialogue makes an assistant drop his mask as Akilan and Kanmani burst into laughter when he asks them to repeat it.

Although work has been going smoothly, the cast has never let their guard down. 
Says Akilan, “I don’t think I can say I feel comfortable. I’m feeling confident, however, because our team has undergone COVID tests and it returned negative. But there is always the thought to remain careful, especially when more artistes or crew members come on set.”

Roshni concurs, and explains her hesitation from earlier in the day.

“This is a new location and it is just the first day. I was a little unsure of what to touch and what not to. There was a shot of me sitting on a bed here and I was a tad uncomfortable doing it. I even requested a separate chair from the production to sit on,” she says.

Besides, current circumstance dictates the team has to put in additional hours of work to create and bank content; it is not a situation that augurs well for Praveen since he also helms another soap (Bommukutty Ammavukku). More hours at work means less father time for him.

“In the first few months of lockdown, I was always around to play with my son. I’m not around much now, and he is upset about it,” he says.

We depart a little past 4pm having spent around an hour, but for those on the set there still was much work left to do.

City to get one more weather radar at NIOT