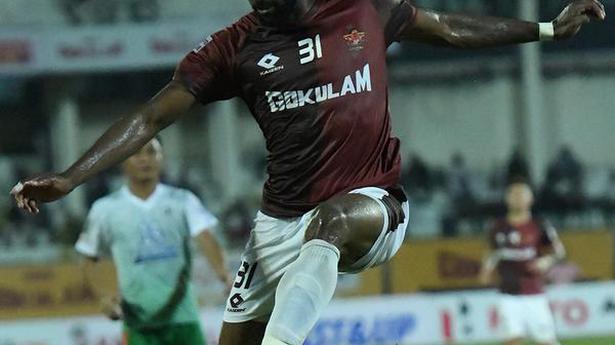 “This,” says Henry Kisekka, “is really a difficult time for me.”

He could as well be speaking for any athlete, or anyone from any walk of life. The Gokulam Kerala striker, who was one of the leading scorers in the I-League season truncated by the coronavirus, is stranded here and is yearning to return home to Uganda.

His contract with Gokulam ended on May 31, but the club is still taking care of him and other foreign players. “We are still staying at the club facility,” he says.

He spends his time chatting with family and friends back home.

“I have never taken this much time off from the field,” he says. “I know this too will pass. I have to be fit, so I have started training indoors.”

Kisekka is relieved that no death has been reported in Uganda due to COVID-19 and that there have been less than 800 positive cases. “I wish to be at home,” he says. “It is really hard for us to be here after the season. A footballer can spend time with his family only during the off-season. I wish international flights resume soon and I can go home.”

He has been happy in his two seasons with Gokulam.

“The first season was a breakthrough one for me and I think I was able to contribute to the club’s campaign this season,” he says. “The Durand Cup and the Sheikh Kamal Cup were memorable for me.”

He is disappointed the season had to be stopped midway. “Had it continued, we had a chance to finish second,” he says. “That would have been a great achievement.”

He is impressed by the quality of the I-League. “It is very competitive and is one of the best leagues I have played so far,” he says. “I really liked the intensity in each game.

“And the league provides a lot of opportunities for Indian youngsters.”