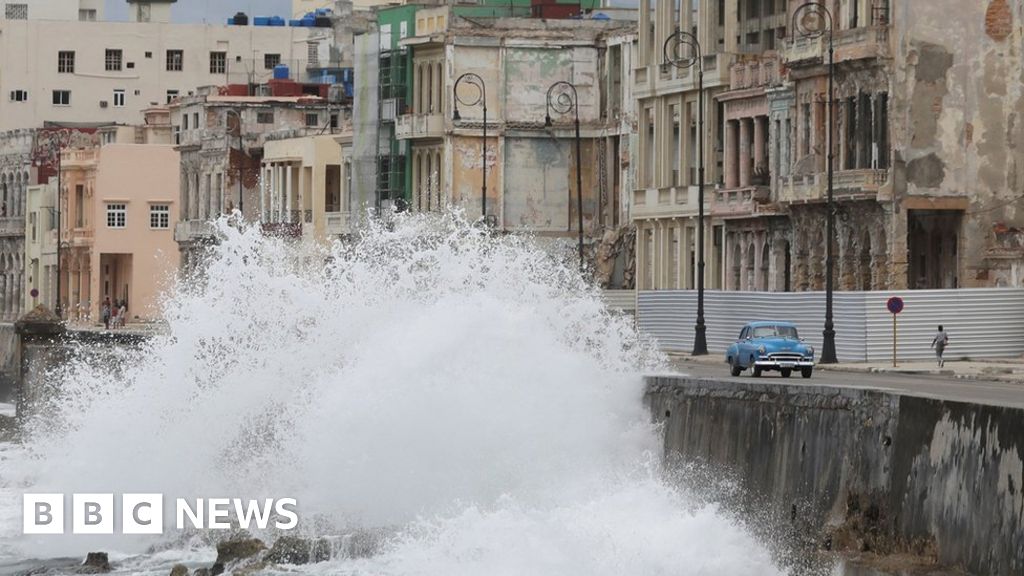 Thousands of people have been ordered to evacuate their homes in the coastal US states of Texas and Louisiana as Hurricane Laura barrels towards them.

The storm is expected to move northwest from Cuba through the Gulf of Mexico, hitting both states by Wednesday.

Both have already wreaked havoc in the Caribbean, destroying homes and killing at least 20 people.

More than 385,000 residents were ordered to flee the Texas cities of Beaumont, Galveston and Port Arthur, while an additional 200,000 were told to evacuate Calcasieu Parish in southwestern Louisiana.

Port Arthur, Texas is home to the nation’s largest oil refinery, and workers have been taken off of at least 281 offshore drilling platforms in the Gulf of Mexico, officials said on Monday.

Initially, both storms Marco and Laura were forecast to hit Louisiana as hurricanes within 48 hours of each other – raising concerns, particularly as it would have been the first time in recorded history that the state had been hit by two back-to-back hurricanes.

Now only Laura is expected to make landfall as a hurricane, as Marco has been downgraded to a tropical storm.

The US National Hurricane Center’s (NHC) changed forecast has bought more time for residents along Louisiana’s coast to prepare.

But Marco could still cause damage and disruption, while Laura is expected to make landfall on Wednesday, forecasters say.

What is the forecast for the US?

Laura could bring storm surges of up to 11ft (3.3 metres) in areas of Louisiana and Texas, and additional rainfall of up to 2 inches (50mm), the NHC said.

“These swells are likely to cause life-threatening surf and rip current conditions,” it added.

What happened in the Caribbean?

Marco and Laura brought high winds and rough seas to the Caribbean, leaving at least 20 people dead, including a baby and an eight-year-old child in Haiti.

Heavy rains have also battered parts of Cuba, the Dominican Republic, and the US territory of Puerto Rico. President Trump declared a state of disaster in the territory on Saturday.

In Cuba, authorities have evacuated at least 160,000 people from several coastal regions, while thousands have been evacuated in the Dominican Republic.

Meanwhile in Jamaica, there were reports of landslides and flooded roads.