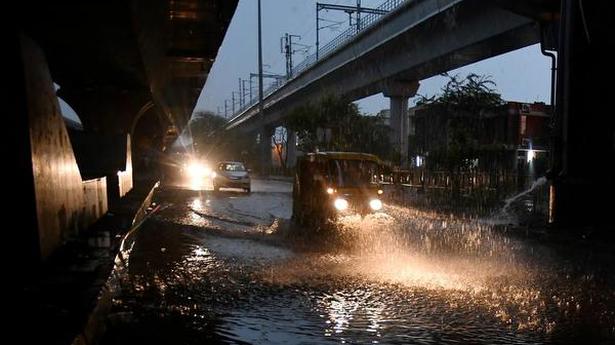 The relief comes after a heatwave made temperature rise to the hottest in 18 years, with the city recording highs of 46 and 45.9 degrees Celsius on Tuesday and Wednesday. The temperature at Palam also fell to 37.6 degrees from a high of 47.6 degrees which was the season’s highest on Tuesday. Humidity was high and hovered between 42% and 88%.

The city recorded overnight rainfall of 5.2 mm with no shower between 8 30 a.m. and 5 p.m. though. Several parts of the city received rainfall after 5 p.m on Friday.

The Met Department has forecast that the temperatures will stay in check for the next few days and will gradually rise to reach the 40 degrees Celsius mark again on June 2.