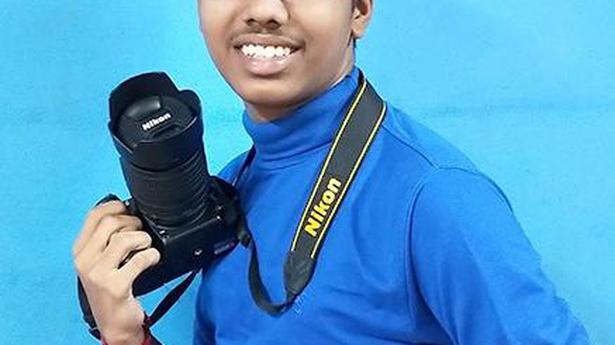 A student from Tiruchi has made a short film involving actors from across the country and Sri Lanka, praising actor Sonu Sood for helping out migrant workers during the pandemic. The film urges the youth to help each other during a crisis.

K.A.V. Dhanushwaran, a Class 11 student from a private school in Tiruchi, was spending time on social media, reading about the migrant labour crisis and the difficulties they were facing, when he started following Sonu Sood, a Bollywood actor. Mr. Sood, at the time, was helping thousands of migrants reach their homes by arranging chartered flights, buses and trains, Mr. Dhanushwaran said.

“I recognised him as the villain from a few Tamil films like Devi. While several media houses and TV channels commended Mr. Sood, his charitable work was not well known in Tamil Nadu and south India,” he said.

To help tell Mr. Sood’s story, Mr. Dhanushwaran wrote a script in four languages — Tamil, Telugu, Malayalam and Hindi. “My father speaks Telugu and Malayalam and I took his help to write dialogues in the languages,” he said.

When it came to casting actors for the film, he looked to Charles Prabhu, a film-maker in Chennai. “He has been a mentor to me. Mr. Prabhu put me in touch with actors from across the country who spoke the languages needed for my film. He even gave me the contact details of a Sri Lankan girl, who I included in the film so that the story could reach Sri Lanka as well,” he said.

The actors were all given the script and asked to shoot their parts individually on their mobile phones. None of the actors met one another and shot their parts using their phones, in their houses, in their respective States. All communication, including feedback, was through social messaging platforms.

In the 10 minute-long film, the actors can be seen learning from Mr. Sood and helping out those in need, by providing financial assistance, food and other essentials.

Once the scenes were shot, Mr. Dhanushwaran edited them himself by watching tutorials on the Internet and released the film on YouTube on September 8. The response to the video has been amazing, he said. “My teachers, classmates and family members were surprised. The cherry on the cake was when Mr. Sood posted a message appreciating the film on Twitter,” he added.