Home Cities Bengaluru Tourist places reopen in Karnataka, but wanderlust is yet to kick in 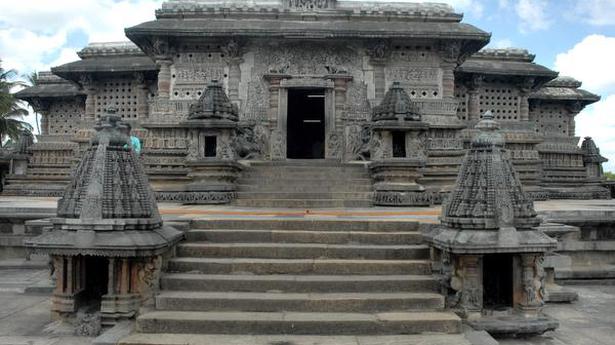 Many tourist destinations across the State were thrown open on Monday after weeks of closure, but the public response remained tepid.

Visitors were few and far between at most tourist attractions, including Mysuru palace, Mysuru zoo, and Virupaksha Temple at Hampi in Ballari. However, Chamundeshwari Temple atop Chamundi Hills in Mysuru and the Hoysala temples in Belur and Halebid in Hassan district drew a fair share of local devotees.

The iconic Mysuru palace, which draws an average of 10,000 to 12,000 visitors every day, saw just 58 visitors on Monday. “Even on days when there is a Bharat bandh or Karnataka bandh, we usually get 2,000 to 3,000 visitors. A majority of the tourists visiting Mysuru palace come from States like Tamil Nadu, Kerala, and Maharashtra. The tourist footfall is likely to remain poor as long as there are restrictions on inter-State travel,” said Subramanya, deputy director of the Palace Board.

No entry tickets for Mysuru palace were booked online on Monday. Most of the visitors appeared to be locals or from nearby districts such as Chamarajanagar. All the visitors were screened for COVID-19 symptoms. An elderly man accompanying a family was asked to come back after the restrictions on entry of people aged above 65 and children aged below 10 were removed.

Mysuru zoo recorded just 230 visitors on Monday. The Minister in charge of the district, S.T. Somashekar, who reopened the zoo after almost three months of closure, said 50 tickets were purchased by his supporters and aides, who accompanied him to the zoo.

The zoo’s executive director Ajit Kulkarni told The Hindu, “Thankfully, we got some visitors on day one. This is a good precursor. We are in no hurry to attract many visitors. The safety of visitors, staff and animals comes first to us, and the resumption [of operations] has been planned in a staggered manner.” Though Tuesday is a weekly holiday for the zoo, a press statement was issued to clarify that the zoo, and the nearby Karanji Lake Nature Park, would be open on June 9.

Meanwhile, Chamundi Hills and the tourist destinations of Belur and Halebid drew hardly any tourists on Monday. The visitors to Chamundeshwari Temple in Mysuru, Channakeshava Temple at Belur, and Hoysaleshwara temple at Halebid were mostly local devotees, who were also made to wear masks, screened, and made to follow social distancing norms.

Shravanabelagola, another major tourist attraction in Channarayapatna taluk of Hassan, however, has not yet opened its doors to tourists. The Sringeri Sharada Peetha in Chikkamagaluru district allowed devotees to visit the temples on its premises, but with safety precautions. Only 25 people were allowed in at a time.

In Kalyana Karnataka region, a few major attractions such as Virupaksha Temple in Hampi, besides Sharana Basaveshwara Temple and Khwaja Bande Nawaz Dargah in Kalaburagi, opened their doors to devotees. But only a handful people came there.

Except for Virupaksha Temple, all the other historical monuments in Hampi heritage site remained closed for tourists. P. Kalimuthu, Deputy Superintendent, Archaeological Survey of India, which manages the site, told The Hindu that only living monuments were opened to the public, as per the government decision.

The Kodagu district administration is, however, yet to take a call on reopening tourist sites. Deputy Commissioner Annies Kanmani Joy, after chairing a meeting with stakeholders of the tourism sector in Madikeri on Monday, said a decision on throwing open the popular destinations such as Raja Seat would be taken soon.

Safari at Bandipur and Nagarahole also resumed on Monday. While 11 people opted for the safari at Bandipur in the morning, 36 people booked the evening rides. To ensure social distancing, the norm is to accommodate only 50% of the carrying capacity in each vehicle.