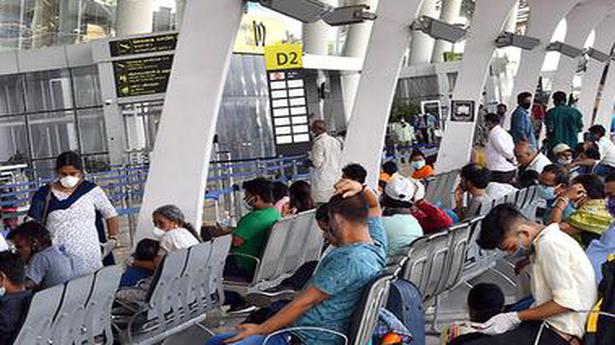 Air passengers, who arrived at Chennai airport for transit, can get the e-pass at the counters at the arrival hall.

Of the nearly 3,500-4,000 passengers who land in Chennai, for hundreds it is just a transit point. Many of these passengers are worried if they have to get an e-pass from the State government and had been raising this issue on social media by tagging the authorities concerned.

Similarly, many passengers have a transit period for several hours and they wonder where they should stay.

S. Balakumar, a resident of the city, said his brother planned to travel from Ahmedabad to Madurai via Chennai and had a 12-hour transit stay at Chennai airport.

“We don’t know where he can stay; if he is allowed to be in the terminal itself we will be happy. But, what happens if he is not?” he asked.

Officials of the Airports Authority of India (AAI) said passengers who had a stopover of six hours or more, can stay in a hotel.

“The passengers can pay and stay in one of the designated hotels permitted by the State government. The airline helps and facilitates the passenger in this regard,” an official said.

Thyroglossal cyst removed from tongue of infant in Chennai hospital

Private trains to share gross revenue with railways, including earnings from...