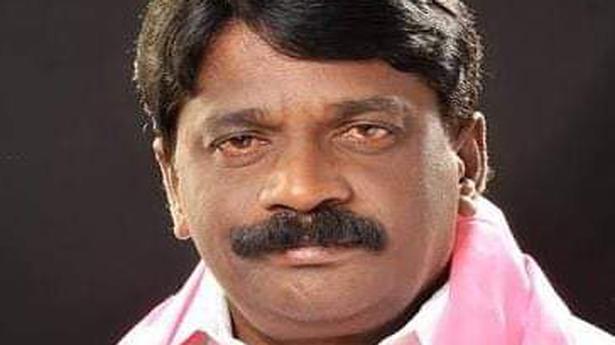 Telangana MLA of Dubbaka from Siddipet district S. Ramalinga Reddy passed away in the early hours of Thursday.

The 59-year-old legislator from the ruling Telangana Rashtriya Samiti (TRS) party fell sick after undergoing a knee surgery at a private hospital in Kompally in the city recently. From there, he was shifted to Asian Institute of Gastroenterology in Gachchibowli where he died while undergoing treatment around 2.30 a.m.

Final rites would be performed at his village Chittapur of Dubbaka.

Chief Minister K. Chandrasekhara Rao expressed shock over the sudden demise of Reddy. He recalled Reddy’s active role in pro-Telangana agitation. He conveyed heart-felt condolences to the bereaved family members of the MLA.

Condolences poured in from different parts of the State, including TRS working president and Minister K.T. Rama Rao, Speaker Pocharam Srinivas Reddy and members of the State Cabinet.

Ramalinga Reddy was chairman of Estimates Committee of the Assembly. He got elected from Dubbaka constituency in 2014 and won for the second consecutive term in 2018. He was a journalist and worked for a Telugu daily till 2004.

He entered into political arena in 2004 by contesting from Dommata constituency on TRS ticket and won the election. He won the byelection held in 2008. He contested from Dubbaka constituency in 2009 following re-organisation of constituencies but lost.