Home News World Trump cannot be who Americans need him to be: Michelle Obama 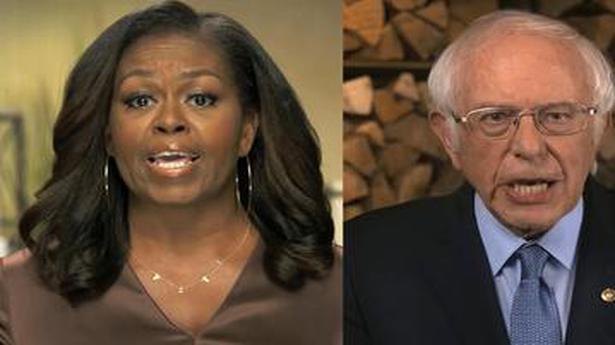 On the opening day of a four-day Presidential nominating Convention, Democrats of all backgrounds, and some former Republicans, got together virtually on Monday evening (Tuesday morning India time) under a theme “We the People,” to back the candidacy of the presumptive nominee Joe Biden.

The main event of the evening was a speech by former U.S. First Lady Michelle Obama, in which she launched a scathing attack on the character of U.S. President Donald Trump, urging voters to exercise their franchise to avoid a relatively low voter turnout as in 2016.

“Donald Trump is the wrong President for our country. He has had more than enough time to prove that he can do the job, but he is clearly in over his head. He cannot meet this moment. He simply cannot be who we need him to be for us. It is what it is,” Ms. Obama, who delivered the last video address for Monday’s session, said. (“It is what it is,” was. Mr Trump’s characterisation of pandemic-related deaths in the U.S., during an interview with Axios earlier this August).

Ms. Obama, who has before expressed frustration at the 2016 voter turnout and worked to increase voter turnout in elections, used her air time to tell people to vote.

“But this is not the time to withhold our votes in protest or play games with candidates who have no chance of winning. We have got to vote like we did in 2008 and 2012,” she said.

Like the other speakers at Day One of the convention, she vouched for Mr. Biden’s character and his vision, addressing parents, by couching the vision in terms of what Mr. Biden wanted for America’s children.

Themes for the session included racial justice (speakers included the brother of George Floyd, an unarmed black man who was killed by a policeman in May), the COVID-19 crisis and the state of the economy.

The evening, significantly, featured progressives, centre-left and centre-right politicians, many of them former Republicans explaining why they had switched from supporting Mr. Trump to supporting Mr. Biden.

Independent U.S. Senator from Vermont Bernie Sanders, who led the progressive vote in the Democratic primaries and was Mr. Biden’s main challenger for the nomination, appealed to his supporters to back Mr. Biden.

“Our campaign ended several months ago, but our movement continues and is getting stronger every day. Many of the ideas we fought for, that just a few years ago were considered ‘radical,’ are now mainstream. But, let us be clear, if Donald Trump is re-elected, all the progress we have made will be in jeopardy.”

Mr. Sanders highlighted parts of Mr. Biden’s policy platform that resonated with the progressive agenda, including Mr. Biden’s plans to increase the (federal) minimum wage to $15 per hour, allow for 12 weeks of paid family leave and abolish private prisons and cash bail.

“While Joe and I disagree on the best path to get to universal coverage, he has a plan that will greatly expand health care and cut the cost of prescription drugs. Further, he will lower the eligibility age of Medicare from 65 to 60,” Mr. Sanders said.


Speaking a while before Mr. Sanders, former Governor of Ohio John Kasich, praised Mr. Biden’s character and told viewers that he was going to vote for him this year.

“I’m a lifelong Republican, but that attachment holds second place to my responsibility to my country,” Mr. Kasich said, assuring Republicans he was trying to say that Mr. Biden would not turn “sharp left.”

“They fear Joe may turn sharp left and leave them behind. I don’t believe that. Because I know the measure of the man — reasonable, faithful, respectful. And you know, no one pushes Joe around,” he said.

The programme also featured three other Republicans — another former Governor and two former members of Congress who were voting for Mr. Biden this year. 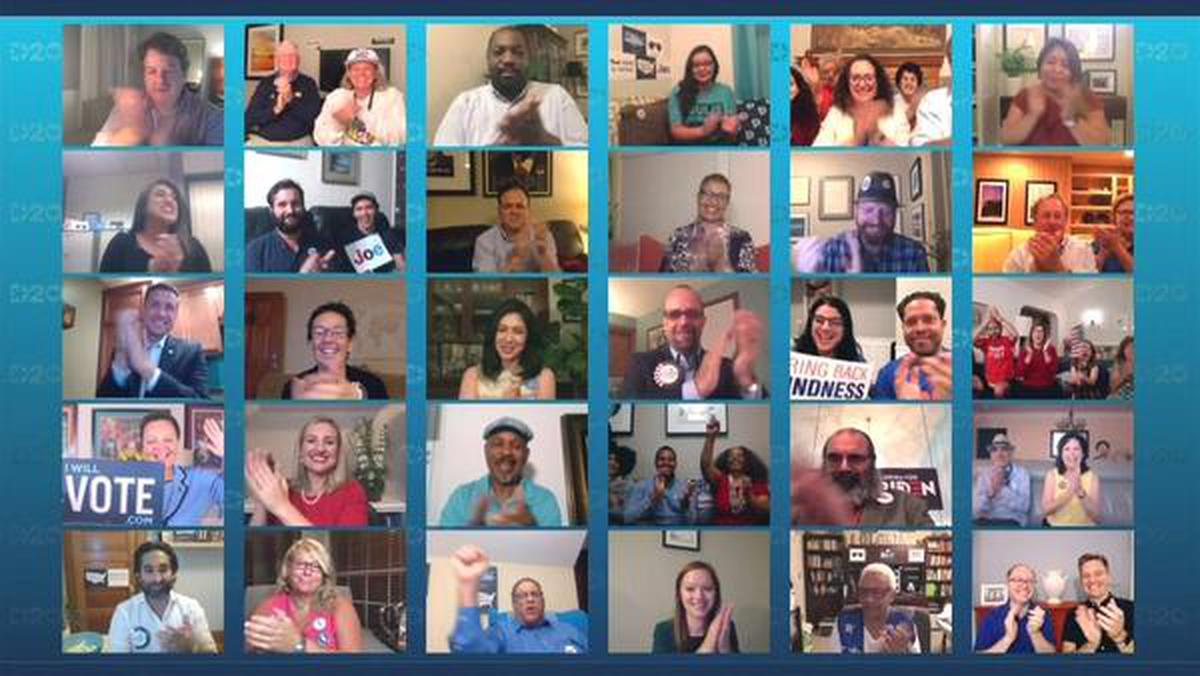 A virtual crowd seen over video links applauds as former U.S. first lady Michelle Obama concludes her remarks in a video grab from the live video feed of the all virtual 2020 Democratic National Convention broadcast from the originally planned site of the convention in Milwaukee, Wisconsin, U.S. August 17, 2020.
| Photo Credit:
REUTERS


It was not all politicians and high-profile personalities though. There were video messages from citizens who had been impacted by the pandemic or Trump policies like the trade war with China: a small business owner, a farmer, and a young woman who had lost her father, a Trump supporter, to coronavirus earlier this year.

“My dad was a healthy 65-year-old. His only pre-existing condition was trusting Donald Trump, and for that, he paid with his life,” said Kristin Urquiza. Ms. Urquiza said her father had ended his social distancing in late May as he had believed that the coronavirus was under control.

Also on Monday, Mr. Trump campaigned in person in Minnesota and Wisconsin, promising to build the economy and warning of chaos if Mr. Biden and his running mate, U.S. Senator Kamala Harris, should win.

[Convention remarks quoted in this report are as prepared for delivery]

Patients coming to Delhi in ‘very sick’ condition, most deaths of...