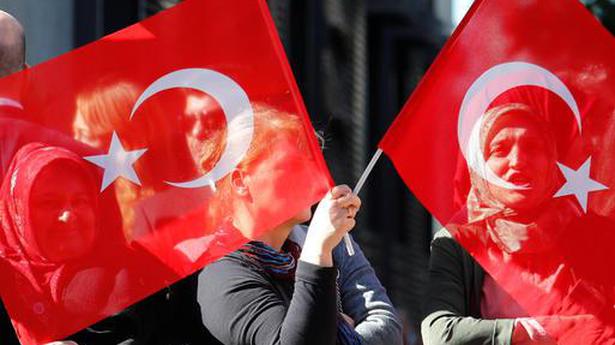 The revelation led to an outcry on social media, with people calling on the government to reveal the true spread of the coronavirus among the population of 83 million

Turkey’s government is being accused of hiding the true extent of the country’s coronavirus outbreak after the health minister revealed that the daily COVID-19 figures published by his ministry reflect only patients with symptoms and not all positive cases.

Minister Fahrettin Koca acknowledged during a news conference late Wednesday that since July 29, Turkey has been reporting the number of patients being cared for in hospitals or at their homes.

The count did not include asymptomatic positive cases, he said, ignoring a question about the number of new positive coronavirus cases per day, a key indicator of where the outbreak is headed in any country.

We are talking about people with symptoms. We are giving this as the daily number of patients, he told reporters.

The revelation led to an outcry on social media, with people calling on the government to reveal the true spread of the coronavirus among the population of 83 million. The hashtag asking what Is the number of cases? in Turkish was trending Thursday on Twitter.

The minister’s admission came after an opposition legislator, Murat Emir, claimed that the true number of daily new infections in Turkey was 19 times higher than the daily figures reported by Prime Minister Recep Tayyip Erdogan’s government.

Mr. Koca refuted the claim, insisting that all information published on a table showing Turkey’s daily coronavirus count is correct. On Thursday, Mr. Emir called on Mr. Koca to stop issuing the daily coronavirus data saying; Nobody believes it. It has no scientific value. No one takes it seriously. The government is battling against the figures instead of battling the outbreak, he said.

The Turkish Medical Association, which has for months accused the government of underreporting cases, called for transparency. The group had been questioning the daily coronavirus data after the government on July 29 changed the wording of the count from case to patient.

You failed to lead the process transparently. You hid the truth. You failed to prevent the spread, the group said.

Sebnem Korur Fincanci who heads the association tweeted: The truth is our right. The government on Wednesday reported 1,391 new coronavirus patients and 65 deaths. Since the pandemic began, Turkey says 318,000 residents have been infected and 8,195 have died.

Experts say reported numbers in all countries understate the true toll of the pandemic, due to limited testing, missed cases, data tampering by some governments and other factors.

Protests in Naples over possible lockdown