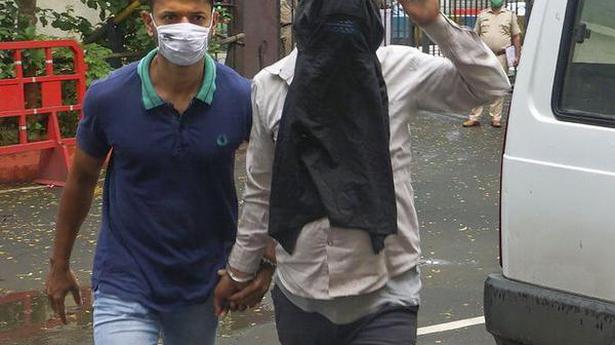 Two aides of slain Uttar Pradesh gangster Vikas Dubey were remanded in judicial custody till July 21 by the Thane magistrate court on Sunday.

“They had been on the run from Madhya Pradesh since July 7 and came to Mumbai in a small truck carrying vegetables,” sources told The Hindu.

First class judicial magistrate R.H. Jha remanded them in judicial custody for 14 days. Following a precautionary coronavirus test, the duo were lodged in the Taloja jail.

An ATS official said, “Kanpur police is here and they will move court tomorrow for Guddan and Sonu’s transit bail. Meanwhile, they are in judicial custody here.”

The agency said an initial inquiry revealed that Guddan was involved in many cases with Dubey, including the 2001 murder of State Minister Santosh Shukla.