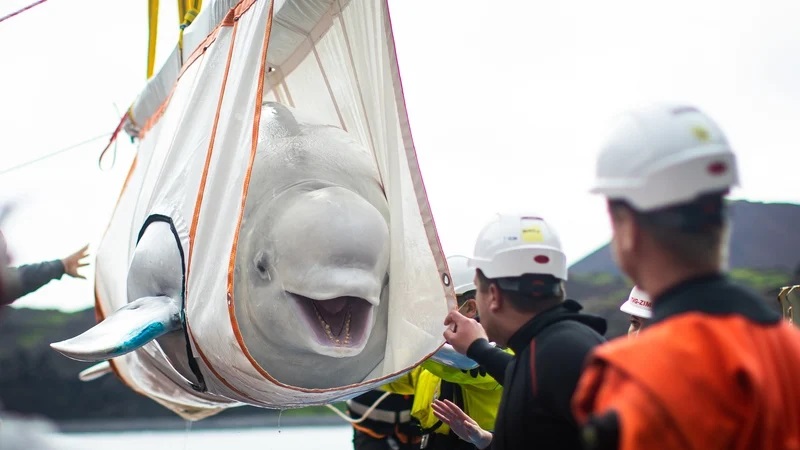 Two beluga whales taken from the sea nearly ten years ago are being returned to the ocean.

Little Grey and Little White are now being looked after at the world’s first open water sanctuary for belugas in Iceland.

It is the first time the belugas have been in the sea since they were captured by a Russian whale research centre in 2011 and later taken to a water park in China.

Little Grey and Little White are now in a care pool and need time to get use to their new environment before they are released into a larger sanctuary in Klettsvik Bay off the south coast of the country.

Love nature? Check these out:

The pair had been transported from China to a care facility on the Icelandic island of Vestmannaeyjar a year ago but now their 6,000 mile journey has finally come to a happy end.

The animals were moved by truck and tugboat, carried in specially made slings which were designed with foam matting so that the whales were comfortable during transportation. 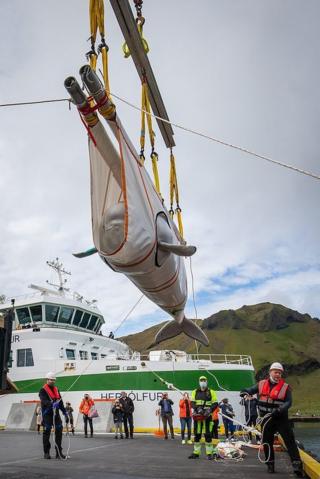 Experts were with Little Grey and Little White to make sure they were eating properly and staying healthy during their journey.

Little Grey is said to be ‘very playful’ but she also has a mischievous side, spitting water at her care team.

Meanwhile, Little White is ‘much more reserved but still likes to play and forms close bonds with her carers’.

The Sea Life Trust which looks after the animals, said it was delighted to confirm the whales are home safe and getting to know their new surroundings in the care area at Klettsvik Bay.

Andy Bool, head of the Trust, said: “We’re absolutely delighted to be able to share the news that Little Grey and Little White are safely in their sea sanctuary care pools and are just one step away from being released into their open water home.

“Following extensive planning and rehearsals, the first stage of their release back to the ocean was as smooth as we had hoped and planned for.

“We are carefully monitoring Little Grey and Little White with our expert care team and veterinarians and hope to announce their final release very soon.”

There are about 200,000 beluga whales in the wild, they are a distinctive white colour and only grow up to 4 metres in length which is about twice the height of an adult human male.