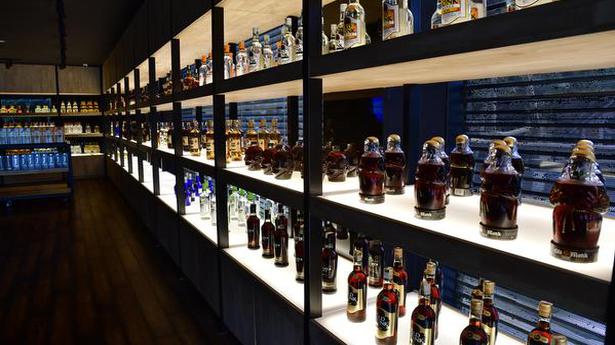 The Madras High Court has dismissed as withdrawn, two writ petitions filed by the T. Nagar Social Club and Andhra Social and Cultural Association in Chennai, to permit sale of liquor that had been stocked by them, to their members after following necessary physical distancing norms and other COVID-19 safety protocols.

Justice Anita Sumanth permitted the clubs to withdraw their cases after Additional Advocate General (AAG) Narmadha Sampath vehemently objected to the plea made by the clubs. The AAG said, a similar case had been dismissed by the Madurai Bench of the Madras High Court after imposing costs of ₹50,000 on the litigant club.

The AAG said that hundreds of clubs, bars, shopping malls and other commercial establishments across the State had been ordered to be closed since March this year to face the challenges posed by the pandemic. Hence the stocks getting expired could not be a reason to allow recreation clubs alone to sell liquor to their members.

In an affidavit filed on behalf of T. Nagar Social Club, its secretary P.S. Ashok said, it was an 89-year-old club with very high traditions. The club was in possession of an F-2 licence for running a bar for its members within the premises. From time to time, it had been procuring huge quantities of alcoholic beverages including beer and wine and stocking them to running the permit room. The procurements were made from common funds contributed by the club members.

Further, the club had 80 permanent employees whose salaries and benefits alone work out to ₹8 lakh a month. Apart from this, there were also other recurring expenses met from the common funds. As far as the bar was concerned, it had to be maintained with minimum required stock of beverages worth several lakh of rupees.

“The expiry date of a majority of the stock is due to expire very shortly and if the stock of beverages is kept unused, the same would become absolutely waste within a very short period of time… Such wastage will be amounting to a national waste and the petitioner club would also incur a loss of several lakhs of rupees,” the affidavit read.