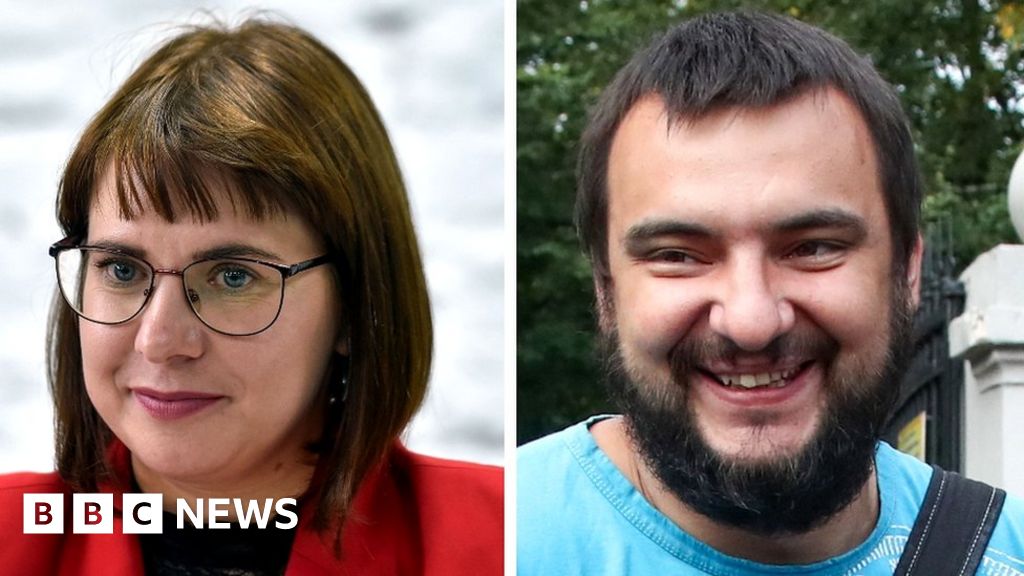 Two senior figures in Belarus’s protest movement have been given 10-day jail terms for organising demonstrations.

Olga Kovalkova and Sergei Dylevsky are both members of the National Co-ordination Council, set up by exiled opposition leader Svetlana Tikhanovskaya in response to Belarus’s widely discredited presidential poll.

Alexander Lukashenko has claimed a new term in office after 26 years in power.

But the EU and US have rejected the 9 August vote as neither free nor fair.

Belarus’s long-time leader promised to crack down on his opponents as daily demonstrations swelled into unprecedented, mass protests during the weekends in the capital Minsk.

A criminal case has targeted the Co-ordination Council, which Mr Lukashenko accuses of trying to seize power.

Who has been jailed?

Olga Kovalkova has become one of the faces of the Co-ordination Council, which was drawn from a cross-section of Belarusians to negotiate a peaceful transition and pave the way for a re-run of the election.

A representative of Ms Tikhanovskaya, she was arrested on Monday along with Sergei Dylevsky, at the entrance to the state-run Minsk Tractor Factory (MTZ), where he has been leading strike action against the government.

Striking workers at the tractor plant led by Mr Dylevsky have emerged as a powerful voice against Mr Lukashenko’s rule. The Belarusian leader’s speech at the factory last week was interrupted by chants of “resign”.

The two council figures are being held at the notorious Okrestino detention centre and gave evidence on Tuesday via video-link.

Former culture minister Pavel Latushko, another leading member of the council, was questioned for more than three hours but not arrested. One of Belarus’s most famous figures internationally, Nobel Prize-winning author Svetlana Alexievich, is due to be questioned on Wednesday for her role on the council.

It also emerged that 20 workers at the state-run Grodno Azot fertiliser factory were detained.

How has the opposition reacted?

Protesters returned to Independence Square in Minsk on Tuesday and chanted “MTZ” in response to the jail term as well as “long live Belarus”.

Elsewhere, teachers gathered outside the education ministry to protest against Mr Lukashenko’s threat to sack teachers who failed to back the government. Demonstrators also turned out during the evening in the south-western city of Brest. 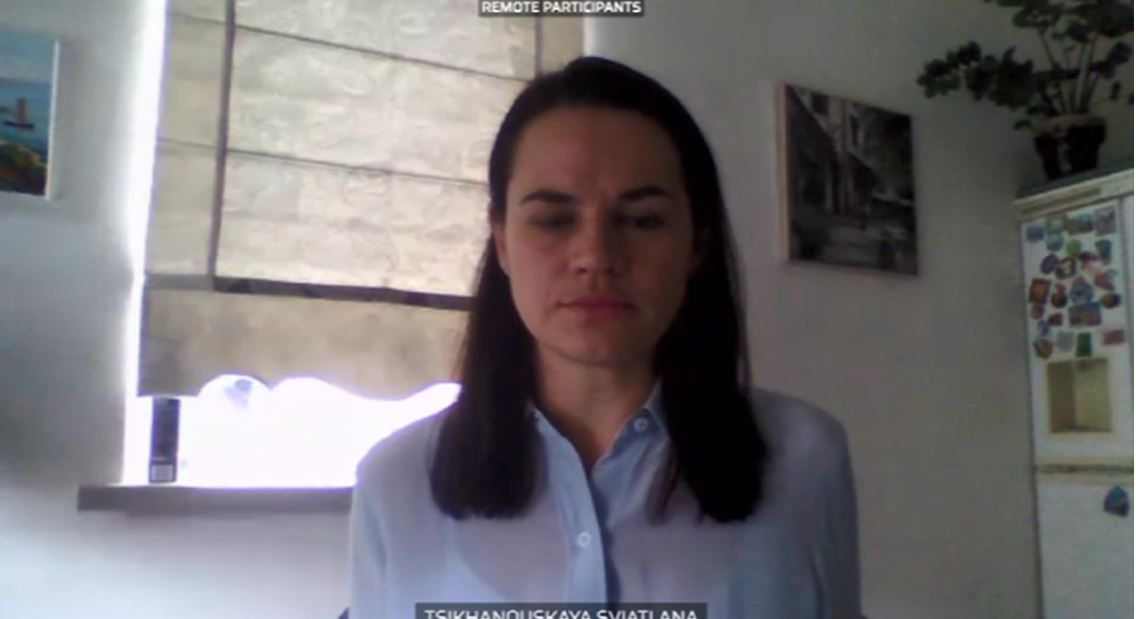 We are not the opposition any more. We are the majority now.

In her latest video statement from neighbouring Lithuania, Ms Tikhanovskaya told the European Parliament that protesters were being “illegally detained, imprisoned and beaten” and emphasised that the “democratic revolution” was neither pro- nor anti-Russian, nor pro- or anti-European.

At least six people have died and dozens more are missing, according to Ms Tikhanovskaya. Authorities put the number of fatalities at three.

EU foreign ministers are set to agree sanctions later this week on a reported 15 to 20 Belarusian officials alleged to have carried out electoral fraud or to have taken part in the brutal crackdown on protesters.

Mr Lukashenko reacted to Sunday’s protest in Minsk by condemning those who took part as rats or Nazis. He was filmed carrying an assault rifle and praising his security forces near the presidential palace.

In a separate development, Belarus’s supreme court rejected opposition complaints about the validity of the presidential election, independent website Tut.by reported. As electoral authorities did not find the vote invalid, the court could not review it, the court said.