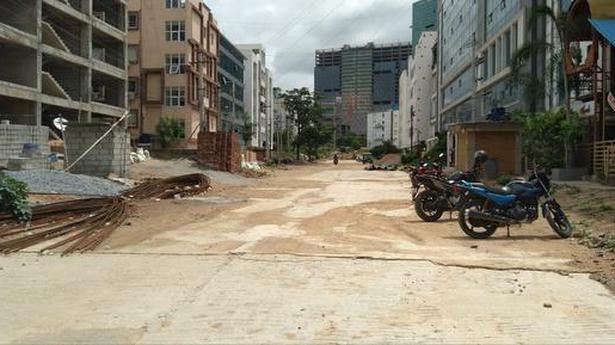 Completion of works pertaining to two storm water drains at Hi-Tec City could prevent inundation during heavy rains in the area as was witnessed earlier.

GHMC Commissioner D.S. Lokesh Kumar, through a statement on Saturday, informed that construction of a twin box drain has been completed on the Barlakunta surplus nala in Madhapur area.

The RCC box drain sized 4×2.5 metres has been constructed with an expenditure of ₹4.1 crore, and aimed to prevent inundation of Cyber Hills and Jubilee Enclave areas in Madhapur.

The storm water drain was sanctioned after Hi-Tec City area had witnessed heavy inundation as a result of heavy rain lasting three hours back in August 2017. It was difficult to clear the flood water as the drainage system was only one metre wide. With the box drain, the discharge capacity has been increased by 18 times, the statement said, and affirmed that inundation is a thing of the past now for Jubilee Enclave.

Besides, another storm water drain between Barlakunta lake and Khajaguda lake has been developed and modernised with an expenditure of ₹3 crore. The existing drain was only 900 mm wide, which has been widened to 3×2.3 metres through construction of a box drain. The drainage capacity has increased by 20 times, which will help the Cyber Hills area, the statement said.

SRDP: over 500 trees in Hyderabad to be translocated