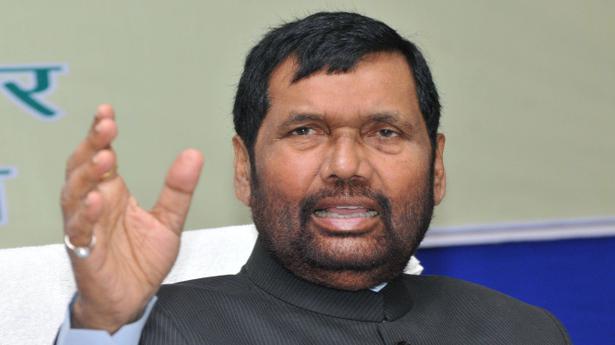 Union Minister for Food and Consumer Affairs Ram Vilas Paswan, 74, passed away on Thursday night of prolonged heart ailment at Fortis Escorts Hospital in Delhi. He had been admitted for over a month.

Chirag Paswan tweeted, “Papa…you are not in this world today, but I know no matter where you are, you will always be with me. Miss you papa.”

Mr Paswan has been a Minister in Union governments under six Prime Ministers working with governments of all colours from United Front government of Deve Gowda to Manmohan Singh led UPA government to now Narendra Modi led NDA government.

“I am saddened beyond words. There is a void in our nation that will perhaps never be filled. Shri Ram Vilas Paswan ji’s demise is a personal loss. I have lost a friend, valued colleague and someone who was extremely passionate to ensure every poor person leads a life of dignity,” Prime Minister Narendra Modi tweeted.

He broke out from Janata Dal to form his own party Lok Janshakti Party in 2000. In November last year, he handed over reins of the party to his son Chirag Paswan, settling instead for a Rajya Sabha berth, which has now become a bone of contention between JD (U) and LJP.

He was born in Saharbani village, block Alouli in Khagria district. He was the oldest among three brothers and a sister. His father was a farmer and no one from his family was in politics. He strayed into politics at a time when the anti-congressism was just taking roots in Bihar.

In 1969, after having cleared the examination for Deputy Superintendent of Police in Bihar, he fought the assembly polls on Socialist Party’s ticket and managed to defeat Congress old timer Mishri Saada by 700 votes. In 1977, he was elected to Lok Sabha by a record margin, riding high on the anti-Emergency wave.