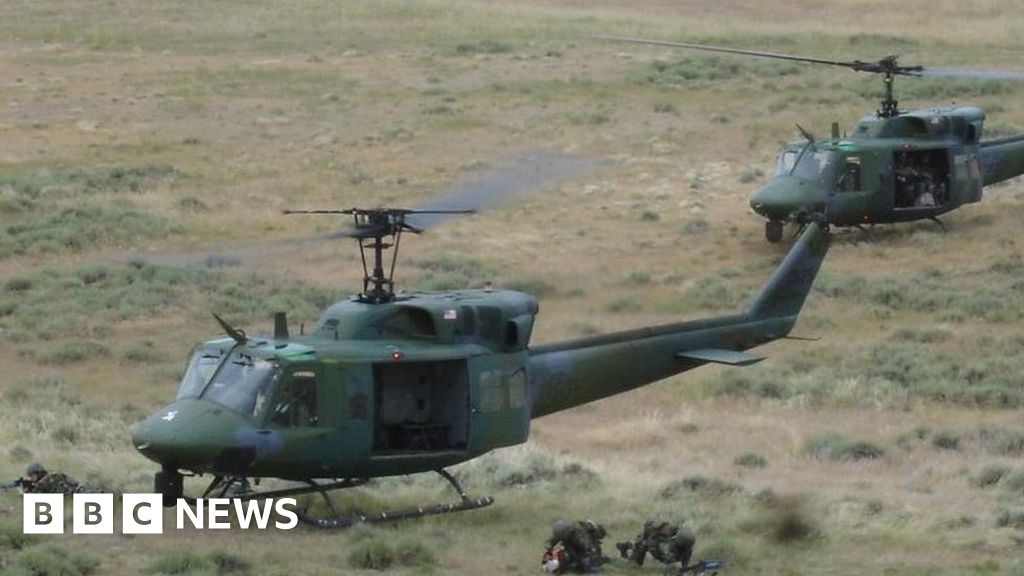 The FBI has launched an investigation after a US military helicopter was struck by a bullet while conducting a routine training exercise over the state of Virginia.

One crew member was injured in the shooting on Monday and the helicopter was forced to make an emergency landing.

Officials said the aircraft was flying about 1,000ft (300m) above the ground when it was hit.

They are appealing for witnesses.

The helicopter made an emergency landing at the airport after being hit.

The injured crew member was taken to hospital following the incident but has since been discharged. The Air Force said the UH-1N Huey helicopter had sustained some damage.

The squadron the helicopter was assigned to is responsible for transporting senior military and civilian leaders and dignitaries, as well as performing medical evacuations.

The FBI said it was working alongside other agencies, including the Air Force Office of Special Investigations, to determine what happened.

Officials said the bullet was fired by someone on the ground, but it is not yet clear if the aircraft was deliberately shot at or if it was an accident caused by someone randomly shooting into the air.