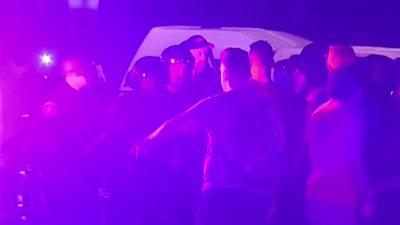 Protests have erupted in the US state of Wisconsin after police shot a black man many times while responding to what they said was a domestic incident.

The man, identified as Jacob Blake, is in a serious condition in hospital.

Video posted online appears to show Mr Blake being shot in the back as he tries to get into a car in the city of Kenosha. He was reportedly unarmed.

The Wisconsin Department of Justice is investigating the incident. Read more