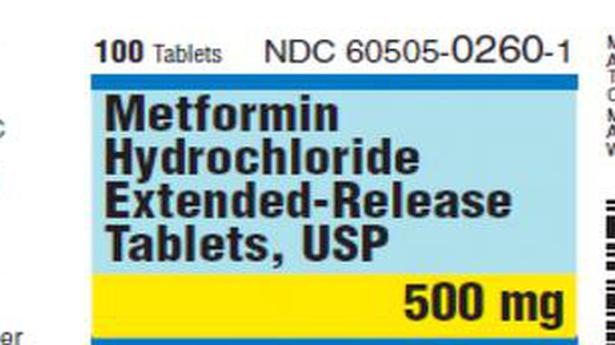 The U.S. Food and Drug Administration (USFDA) has said the agency laboratory tests has revealed levels of nitrosamine impurity N-Nitrosodimethylamine (NDMA) above acceptable intake limit in several lots of the extended-release (ER) formulation of metformin, a prescription drug used to control high blood sugar in patients with type 2 diabetes.

USFDA is in contact with five firms to recommend they voluntarily recall their products, the health regulator said on Thursday, without mentioning their names.

“There are additional manufacturers of the metformin ER formulation that supply a significant portion of the U.S. market and their products are not being recalled. The FDA is continuing to work closely with manufacturers to ensure appropriate testing,” a statement from the regulator said.

USFDA said it is also asking all manufacturers of metformin containing ER products to evaluate the risk of excessive NDMA in their product and to test each batch before it is released into the U.S. market. If testing shows NDMA above the acceptable intake limit, the manufacturer should inform the agency and should not release the batch to the U.S. market.

Following the announcement, Apotex said it is recalling all lots of Metformin Hydrochloride ER tablets 500 mg out of abundance of caution after one lot was tested by the USFDA and showed NDMA concentrations exceeding the levels established by the regulator. NDMA is classified as a potential human carcinogen and environmental contaminant of foods, the company said.

According to the USFDA, nitrosamine impurities may increase the risk of cancer if people are exposed to them at above-acceptable levels over long periods of time.

The regulator said it had previously investigated the presence of nitrosamines in the U.S. drug supply. The investigation began with the blood pressure and heart failure medicines called angiotensin II receptor blockers (ARBs) and later expanded to include heartburn medicines, ranitidine and nizatidine, as well as diabetes medication, metformin and other medicines.

In the case of ranitidine, several drug manufacturers in India, including Dr.Reddy’s Laboratories had voluntarily recalled the product in the U.S. market.

Without mentioning the product, Hyderabad-headquartered drugmaker Granules India said the USFDA recently released its finding on the presence of NDMA beyond acceptable limits in certain products. With regard to this company is receiving requests from some of the investors for clarification on the status of presence of NDMA in company’s products.

“With reference to this we would like to clarify that the company has received communication from the USFDA stating that the USFDA has tested samples from a few lots of the company’s API and Finished dosage tablets and the results did not detect NDMA. There is some ongoing activity between the company and the USFDA and the company will notify the stock exchanges as communication progresses,” the company told the exchange on Thursday.

Data | How India fared in various COVID-19 parameters since March, compared with other countries

How will Trump try to dominate debate this time?

Data | How India fared in various COVID-19 parameters since March,...

24 years on, Mumbai court clears man of murdering his partner...