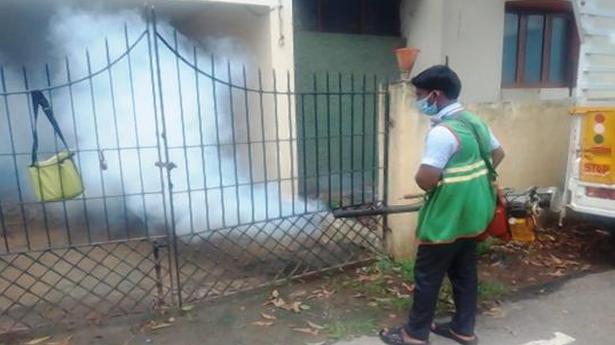 The Chennai Corporation has started vector control measures, particularly to contain a potential dengue outbreak in the city, by taking up fogging and spraying operations.

With the northeast monsoon imminent, the civic body is taking no chances. Unlike previous years, the Corporation has mapped various hotspots and hidden sources of mosquito breeding.

A senior health official said vacant lands, open wells and overhead tanks had been enumerated in the city’s 200 divisions this year.

He said staff were engaged in keeping watch on as many as 7,000 construction sites in all 15 zones to prevent stagnation of fresh water, which is one of the main sources of the dengue-causing Aedes aegypti mosquito. The official said the civic body, which was previously hampered by a shortage of machinery, had been strengthened with the addition of 46 modern vehicles which could carry out both fogging and spraying, 250 fogging machines, 1,000 battery-operated sprayers and 250 petrol-operated sprayers.