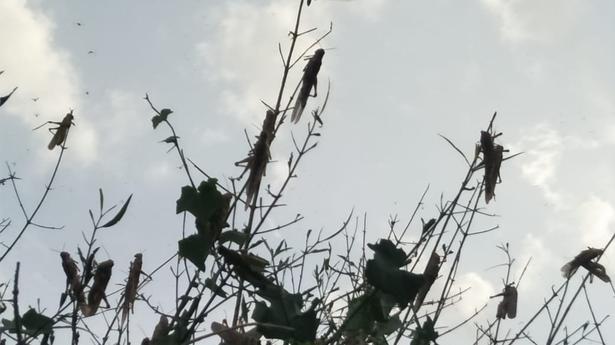 Swarms of locusts hit Millennium City on Saturday around noon while they were headed towards Delhi in two separate groups.

The State Agriculture Department on Friday issued an advisory in this connection and asked the residents to keep the windows and doors shut.

Large numbers of locust had flown from Mahendragarh on Friday evening and settled in four-five villages in neighbouring Rewari, around 50 km from here.

Videos taken by locals showed the locusts flying over the areas in DLF Phase-II and III in large numbers and sitting on trees and roads in different parts of the city.