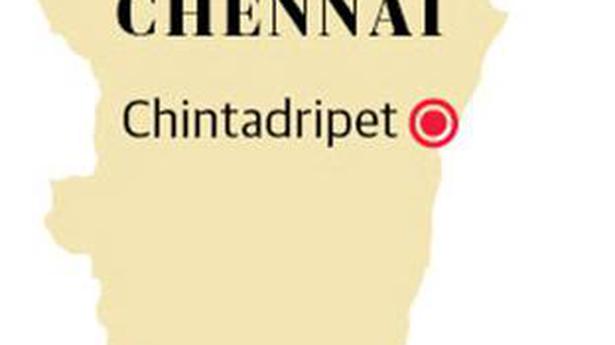 Chintadripet residents, besides facing a lack of social mobility, are now also being resettled to faraway places


Chintadripet was created as Chinna-thari-pettai, which literally translates as a small loom-town, during the British era more than three centuries ago, as a settlement of weavers.

Today, with no significant upward mobility for the people here, a large number of whom belong to Dalit communities, and with the recent resettlement of slum-dwellers in faraway places, the locality has lost a part of its “soul”, says author Tamil Prabha, who grew up here.

His debut novel Pettai, set in Chintadripet, talks about the history of the locality and how the lives of the people have transformed, and have yet remained the same, in several ways.

He said the “forced” resettlement of thousands of people residing along the Cooum, particularly over the past three years, to areas like Kannagi Nagar and Semmenchery, has had a significant impact on the locality.

“Earlier, even if one visited the area at midnight, it would be lively. Today, many of the streets have become deserted,” he added.

A lot of people who were dependent on the fish market in the area, now have to travel from distant places.

“The resettlement has affected the families, socio-economically, in unimaginable ways,” Mr. Prabha said.

He fondly remembers the time when the area had a number of vacant grounds to play.

“We used to play cricket regularly near Rajaji Hall, the place where the Omandurar hospital (the Tamil Nadu Government Multi Super-Specialty Hospital) now stands, and the May Day park. There were some great players here. All these places have now turned inaccessible and this has had an impact on the lives of the youngsters here,” he said.

He highlighted how Chintadripet was renowned for its carrom players and gana songs.

“We had people who played and won carrom at the international level. Similarly, the area is well-known for gana. Sinthai Punniyar, one of the well-known figures of gana, was from Chintadripet,” he said.

Neelam to be launched on October 14