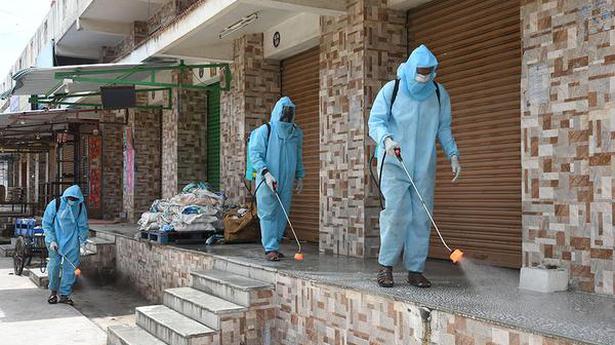 The Tamil Nadu Vanigar Sangankalin Peramaippu has demanded that wholesale markets, including the Koyambedu market complex in Chennai and the Gandhi market in Tiruchi, be reopened to protect the livelihood of traders and check the increasing prices of essentials.

In a release on Monday, its president A.M. Vikramaraja said several wholesale markets selling groceries, vegetables and fish and meat in Chennai, Tiruchi and Vellore had remained shut for nearly 111 days because of the lockdown. Some of them functioned from alternate spaces. As the Koyambedu wholesale market complex for fruits, vegetables, flowers and grain had remained closed since May, 5,000 wholesalers and retailers had lost their livelihood, he said.

Though 200 wholesale vegetable shops were functioning from the temporary market at Thirumazhisai, the produce did not often reach the Chennai residents in sufficient quantities, Mr. Vikramaraja said.

With the market area turning slushy after a short spell of rain, retailers were hesitant to visit the market. This caused losses to farmers who brought produce from other parts of Tamil Nadu and neighbouring States. While the unsold produce went waste because of the lack of enough storage in the wholesale market, vegetables were ruling high in retail shops, he said.

Mr. Vikramaraja urged the government to allow the wholesale markets to resume operations with restrictions for safety.