Home Cities Bengaluru Wholesale prices are down, but not retail prices 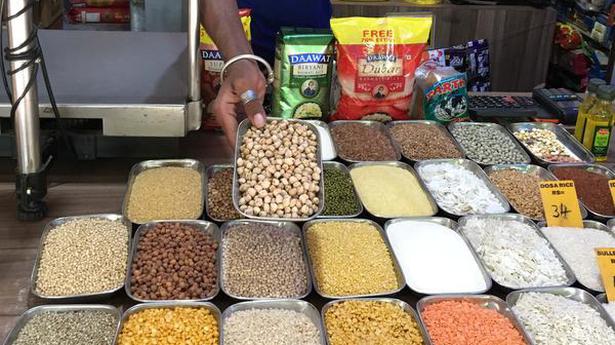 The prices of most foodgrains and pulses have gone down in the wholesale market due to a drop in demand during the lockdown period, but consumers don’t seem to be reaping the benefits as prices in the retail market have not come down.

For instance, a kilo of tur dal that was being traded in the range of ₹90 – ₹110 on March 15, days before lockdown, in the wholesale market was down to ₹70 – ₹90 on Thursday. However, the retail rates as of Thursday remained in the range of ₹120 – ₹140, which translates into a margin of around 40%.

“Usually, the margin between the wholesale and retail markets is around 15%,” said Ramesh Chandra Lahoti, chairman, APMC Committee, Federation of Karnataka Chamber of Commerce and Industry, indicating that consumers are not benefitting.

The prices of most essential commodities, like rice, wheat, ragi and other pulses, have similarly seen a fall, but not their retail prices.

Rajamohan, a departmental store owner in north Bengaluru, conceded that they were taking a larger margin than before, but defended it saying the lockdown had impacted their business and that they were trying to recover costs. “Contrary to popular perception, even kirana stores have suffered losses during the lockdown. The demand is less. Business has reduced from pre-lockdown levels, even as there has been relief on cost heads,” he said.

While retailers defend their decision to not reduce prices citing lower sales, it is the fall in demand that has impacted wholesale prices. “There was some panic buying in April, and demand was good, but May has been very bad. The demand has fallen by more than half compared to the previous month while arrivals in the market are good, leading to a fall in prices,” said Mr. Lahoti.

He attributed the fall in demand to distribution of free rations to a large section of the poor, closure of hotels and most eateries, and no functions being held.

Mallige Sirimane of Karnataka Janashakti cited the rising number of poor, who find themselves without jobs. “They do not have money to buy essentials. Obviously, the demand for foodgrains has dropped,” she said.