Home Cities Kolkata Why August 24 matters — and yet does not matter — to... 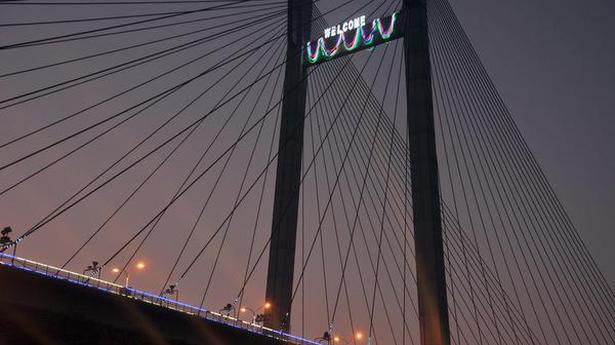 “This day at Sankraul,” wrote Job Charnock, “ordered Capt. Brooke to come up with his Vessell to Chutanutte where We arrived about noon, but found ye place in a deplorable condition, nothing being left for our present accommodation & ye Rains fallings day & night.”

The day Charnock was referring to was August 24, 1690 — exactly 330 years ago — when, after sailing all the way from Madras, the party paused at the village of Sankraul (Sankral, located on the opposite bank of the river Hooghly from Kolkata) before dropping anchor at Chutanutte, or Sutanuti (now part of north Kolkata), their final destination.

The village of Sutanuti, then, was a thriving textile hub, and Charnock had found it most suitable to set up a fortified trading settlement for the East India Company. The settlement, over the years, grew into the city of Calcutta; and for the longest time, Charnock was considered the founder and August 24 as the founding day of Calcutta.

But in 2003, the Calcutta High Court ruled that the city cannot have a specific founder and a founding day. Even since then, Kolkata has stopped commemorating the day; this was around the time when Chennai, about 50 years older, had begun to observe August 22 as Madras Day (the day East India Company signed the lease in 1639 for a strip of land by the sea).

Going through old records, one finds merit in the High Court ruling. Charnock died barely two and a half years after landing in Sutanuti, and during that period, nothing had been done to build the proposed settlement. On the contrary, the East Company Employees, who had accompanied him, had built themselves houses as and where they pleased. Sir John Goldsborough, who headed the Madras Presidency and was also responsible for Bengal, was appalled at the sight when he arrived for an inspection after Charnock’s death.

He identified a piece of land in the neighbouring village of Kalikata for the construction of the settlement but before he could do much, he died of a fever and was buried near Charnock’s grave.

By then, he had already entrusted Charles Eyre, Charnock’s son-in-law, with the charge of Bengal, and it was Eyre who, in 1698, formally leased the three contiguous riverside villages of Sutanuti, Kalikata and Gobindapur from the Subarna Roychoudhury family, the local zamindars.

It is a different matter that Eyre had begun construction of the settlement — Fort William — in 1696, even before the formal agreement was signed with the family; and it wasn’t until 1710 that the word ‘Calcutta’ began to be formally mentioned in East India Company correspondences.

It was on the basis of a petition by the family, which said the three villages were already flourishing under the patronage of their ancestors even before Charnock’s arrival, that the High Court ruled in 2003 that he could not be considered the founder and August 24 as the founding day of Kolkata.

Today, hardly anything remains of Charnock’s Calcutta anyway, except Charnock’s own grave — in the compound of St. John’s Church. And only a brass strip embedded on concrete ground in the General Post Office premises remains from the Fort William constructed by his son-in-law. That fort was demolished in 1758 by Robert Clive, who built a new Fort William, which today serves as the headquarters of Indian Army’s Eastern Command. Every afternoon, postal employees walk across the brass strip to reach a set of taps to wash their hands and lunchboxes — many not realising that this was the spot where Calcutta began.

So, even if one goes by history — and not just the sentiments of the Roychoudhury family — Charnock, technically, cannot be considered the founder of Calcutta or Kolkata. But it is equally true that the story of Calcutta — the British city — begins with his arrival at Sutanuti on the rainy afternoon of August 24 in 1690.