Home Sports Why Sri Lanka could be a viable alternative to host Indian Premier... 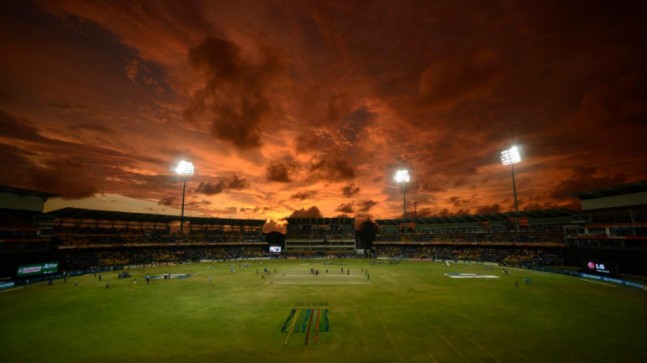 The Indian Premier League (IPL) is not just entertainment but a key factor in the financial ecosystem of cricket, said Board of Control for Cricket in India treasurer Arun Dhumal when stressing that the BCCI is exploring options to host the 13th edition of the T20 league in September-October.

IPL 2020 was suspended until further notice after it missed its April-May window due to the novel coronavirus pandemic. However, the BCCI is hopeful of hosting the league if the International Cricket Council (ICC) decides to postpone the 16-team T20 World Cup, scheduled for October-November in Australia.

BCCI treasurer Arun Dhumal, speaking to indiatoday.in, said the ICC needs to take a call quickly to allow cricket boards across the board to plan accordingly and try to make up for the loss of matches and revenue.

BCCI president Sourav Ganguly’s letter addressed to the state associations and stakeholders, stressing that the Indian cricket board is exploring all possible options to host the IPL in 2020 has certainly come as a ‘positive news’ for cricketers and stakeholders, alike.

On Saturday, Sunil Gavaskar, speaking at Salaam Cricket 2020, suggested IPL 2020 can be held overseas, preferably in Sri Lanka or the United Arab Emirates if the Covid-19 situation doesn’t ease up by September. Gavaskar also pointed out the concern over monsoon season in most parts of the country and its impact on the scheduling of the hugely-popular T20 league.

Even as IPL chairman Brijesh Patel maintained that India is the first-choice host nation for IPL 2020, hosting the tournament in Sri Lanka seems to be a viable option. Sri Lanka Cricket, as early as April, had offered to host the IPL in the island nation, saying the BCCI can considerably reduce the revenue loss if they consider the move.

The IPL, in the past, has been played overseas as South Africa hosted the 2009 edition due to Lok Sabha elections. The UAE hosted the 1st 2 weeks of IPL due to the elections in 2014.

Here are 5 reasons why shifting the IPL to Sri Lanka could be a good idea:

Sri Lanka on Saturday announced it would further relax the Covid-19 curfew in the country. The curfew, currently in force from 11 pm to 4 am daily, will be enforced for only 4 hours from midnight to 4 am daily from Sunday, June 14.

Sri Lanka is not among the badly-affected countries due to Covid-19. As of May 13, the island nation, which has been in lockdown from March, has so far recorded 1,880 cases of the virus, 11 deaths and as many as 1,196 recoveries.

On the other hand, India has registered 3,08,993 cases of the virus as of Saturday and more than 8,800 have lost their lives.

SLC president Shammi Silva was also hopeful that Sri Lanka would be clear of the novel coronavirus before India.

Travel restrictions to ease by August 1

Sri Lankan government, earlier this week, announced it will reopen its borders for travellers from August 1. While there is no mandatory quarantine period for arriving visitors, multiple Covid-19 tests have to be undergone.

Quarantine of 14 to 21 days is necessary only when a tourist tests positive for the virus during their stay on the island.

If the organisers are looking to minimise travel for the teams and create a bio-secure environment, playing in 1 or 2 cities can be the way forward. Colombo offers a fine opportunity for the BCCI to explore the option of limiting the number of host cities.

SLC boss Silva had promised to provide facilities ‘in line with requirements and recommendations of medical professionals if the BCCI agrees to move IPL 2020 to Sri Lanka.

No trouble for TV viewership

If the IPL 2020 is going to be played behind closed doors, television broadcast is going to play a crucial role in taking the action to the households in India and across the globe.

With no time difference between India and Sri Lanka, fans back in India don’t have to worry about staying up late or setting an early-morning alarm to catch their favourite stars in action.

Hosting an IPL involves huge infrastructural costs. Franchises and the organisers will be spending on travel, accomodation, and other key items for ensuring a smooth season. Franchises will be tempted to prefer Sri Lanka if they are given a choice between the island nation and the UAE for hosting IPL 2020.