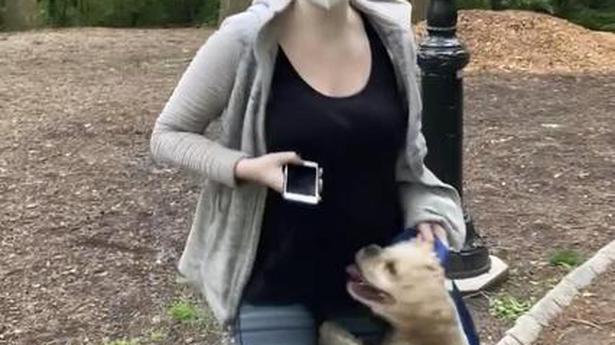 A white woman who called police and falsely accused an African-American man of threatening her life after he asked her to leash her dog in New York’s Central Park is being criminally charged over the incident, Manhattan’s district attorney said on Monday.

Amy Cooper, 41, whose actions on May 25 were recorded on a video that went viral and touched off discussions about “white privilege,” is being charged with filing a false report, a Class A misdemeanor punishable by up to one year in jail.

“We are strongly committed to holding perpetrators of this conduct accountable,” Vance said in a statement.

A lawyer for Cooper could not immediately be identified.

The incident stirred widespread conversations about racism and how white people treat Black people. It occurred a few hours before George Floyd died in Minneapolis after a police officer there pinned his neck.

Cooper had been walking her dog in an area of Central Park known as the Ramble when she encountered Christian Cooper, a Black man and avid bird-watcher. Christian Cooper, who is not related to Amy Cooper, asked her to leash her dog, and when she refused offered the dog treats. The video showed Amy Cooper telling him she would tell the police an African-American man was threatening her life, which was false, and then calling 911, where she used “African-American” to describe Cooper.

Amy Cooper was fired from her job at Franklin Templeton a day after the incident, when she also publicly apologized.