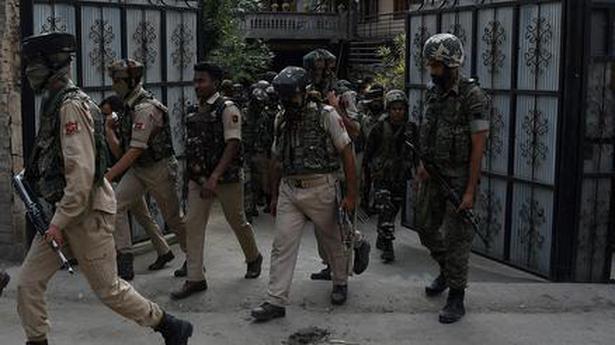 Security forces launched a cordon and search operation in Firdousabad locality of Batamaloo around 2.30 a.m


A woman was killed and two CRPF personnel were injured in a predawn gunbattle with militants in Batamaloo area of Srinagar on Thursday, officials said.

Security forces launched a cordon and search operation in Firdousabad locality of Batamaloo around 2.30 a.m. following information about presence of militants, they said. It turned into an encounter after militants opened fire on security forces.

A woman, identified as Kaunsar Riyaz, was killed in the exchange of fire. Two CRPF personnel, including an officer, were injured, officials said. The injured have been admitted to a hospital.

The security operation was still underway, they said.