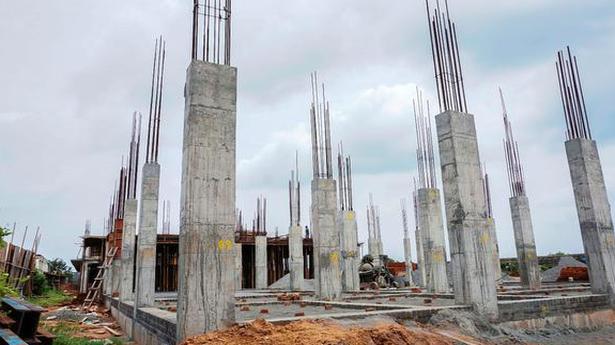 The Old Distillery, a remnant of the French era, is getting a new lease of life with a ₹20-crore cultural centre replete with theatre hall, gymnasium and meditation hall, nearing completion.

Tourism Minister Malladi Krishna Rao who, along with officials, undertook an inspection of the premises on Saturday, issued instructions to expedite the project so that the centre could be commissioned by February next year.

The brewery operated during the French period on the north side of the Promenade Beach. After the premises fell in disuse, the government had settled on the idea of a cultural centre among various options, ranging from a multiplex to a star hotel.

The Department of Tourism is in the process of setting up the cultural centre as a showpiece project that would appeal to tourists and city residents. The old buildings which have become unusable have been demolished and construction is apace at the premises. It is estimated that work is half-way through.

Once ready, the centre would host artists from across the country.

The facilities include a set of 16 sea-facing rooms to accommodate artists and out-of-town tourists, food court, yoga and meditation hall, gymnasium, open-air theatre, ballroom and an amphitheatre with a seating capacity of 200. The architectural aesthetic of the complex, which is coming up on about two acres of land, would also reflect the history and culture of Puducherry.