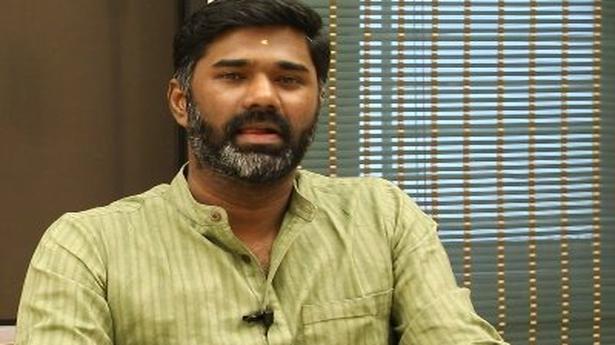 The enquiry he appeared for is with regard to a case of allegedly forging an email — based on a complaint from Vinay Sarawagi, Associate Executive Editor at the News18 Group


YouTuber Maridhas, on Monday, appeared before the Cyber Crime Wing of Central Crime Branch (CCB) in connection with an enquiry into a case of allegedly forging an email — based on a complaint from Vinay Sarawagi, Associate Executive Editor at the News18 Group.

Mr. Sarawagi said, on July 5, Maridhas posted a video on his YouTube channel, wherein he alleged that ‘News 18 Tamilnadu’ television channel had been running an anti Hinduism campaign for past four years. Maridhas further alleged that the channel was operated by supporters of either Dravidar Kazhagam (DK) or Dravida Munnetra Kazhagam (DMK) and that they were actively pursuing an anti-Hindu agenda in Tamil Nadu. In the video, he invited followers of the Hindu religion to send emails with the same false and baseless allegations to our company/channel, Mr. Sarawagi said in his complaint. Thus incited by Maridhas about 2,500 people emailed our company/channel making similar false and baseless allegations which were received at the office in Chennai, Mr. Sarawagi alleged.

On July 10, in another video, Mr. Maridhas displayed an email dated July 9 allegedly sent to him by Mr. Sarawagi, wherein it was shown that the latter, on behalf of the management of the channel, accepted the allegations levelled by him in his earlier YouTube video. Mr. Sarawagi said, “The said email dated 9/7/2020 was not sent by me and that has been forged and fabricated. The shown by Mr. Maridhas in the YouTube with intention spreading fake news and causing damage and harming the reputation of our channel.”

Subsequently, a week ago, the officers of the Cyber Crime Wing went to Madurai and conducted a search at the residence of Maridhas.

In pursuance of the enquiry initiated by us, Mr.Maridhas appeared before an investigation officer at the CCB on Monday and further investigations are on, said a senior police officer.